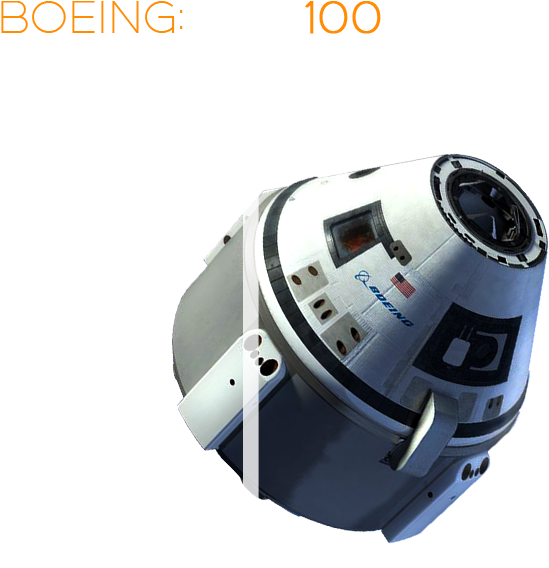 Boeing’s Crew Space Transportation (CST)-100 Starliner spacecraft is being developed in collaboration with NASA’s Commercial Crew Program. The Starliner was designed to accommodate seven passengers, or a mix of crew and cargo, for missions to low-Earth orbit. For NASA service missions to the International Space Station, it will carry up to four NASA-sponsored crew members and time-critical scientific research. The Starliner has an innovative, weldless structure and is reusable up to 10 times with a six-month turnaround time. It also features wireless internet and tablet technology for crew interfaces.