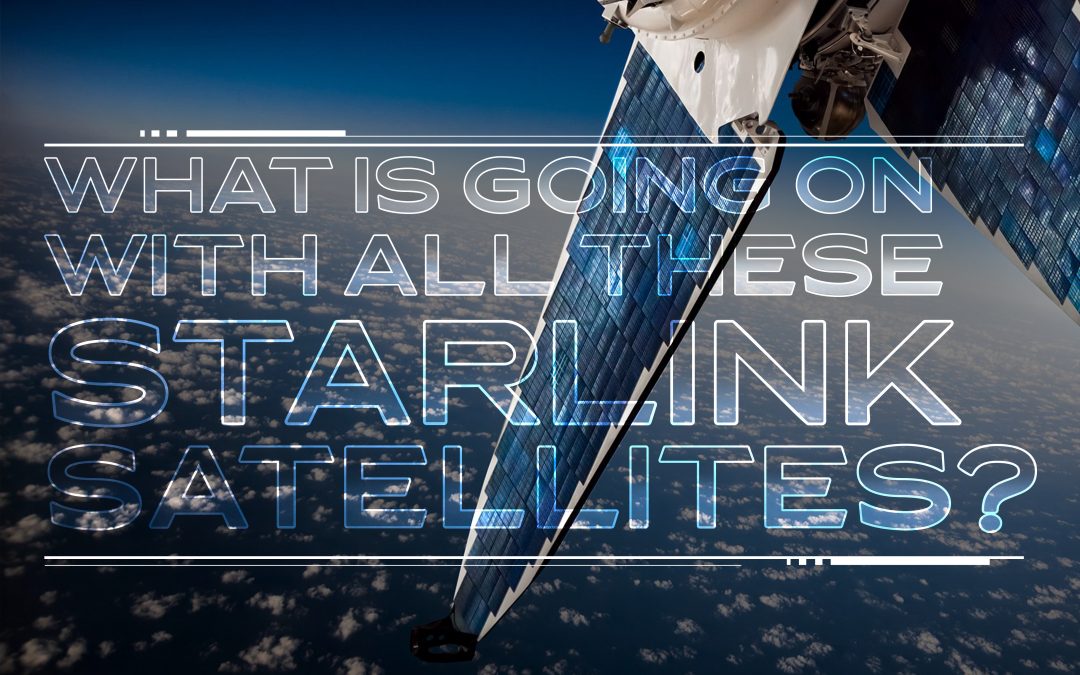 What is Going On with All These Starlink Satellites?

What are Starlink Satellites?

Bringing High-Speed Internet to the World

Developed by Elon Musk, Starlink is a system of satellites being deployed at a rapid rate to bring high-speed internet connections to remote areas of the world at an affordable price. Musk announced his plans for Starlink in January 2015 after SpaceX filed documents with international regulators to place about 4,000 satellites in low orbit. That number eventually grew to 12,000.  In perspective, the world has launched roughly 9,000 craft into space in all of history, according to the United Nations’ Office of Outer Space Affairs. SpaceX seeks to provide internet access in North America by the end of 2020 and achieve global coverage, which would require about 14 more launches, by 2021.

Professional astronomers have been apprehensive over the sheer volume of Starlink satellites, as well as the brightness of them affecting scientific observation. SpaceX has fully understood astronomers’ concerns over the bright satellites. In early 2020, SpaceX launched the first batch of Starlink satellites with a dark coating to lessen reflectivity. However, amateur stargazers can still see the satellites that previously launched sans dark coating in the sky. When is the best time to spot them? Either 30 minutes before sunrise or 30 minutes before sunset. Some apps and websites can help you find which satellites are overhead. Including findstarlink.com, Satellite Tracker, and Star Walk 2 by Star Walk.

UFO on a Stick

Although Starlink internet service is not available as of September 2020, individuals who are interested in the service can sign up for the beta phase at www.starlink.com. On Earth, there are six ground stations to provide fixed-satellite service. All six locations are in the continental United States. Once the service is up and running, how will you be able to connect to it? Why with a “UFO on a Stick”, of course. In a tweet in January 2020, Musk described the Starlink terminals as: “A thin, flat, round UFO on a stick that has motors to self-adjust to optimal angle to view the sky.” Installing the terminal will be easy as well. In the same tweet, Musk continued, “Instructions are simply: Plug-in socket and point at the sky.”

As Falcon 9 rockets continue to lift off on the Space Coast with hundreds of these amazing feats of modern engineering on board, you can always keep track of all of the launches on Space Coast launches. All you need to do is download the Launch Console app on the iTunes Store or the Google Play Store.