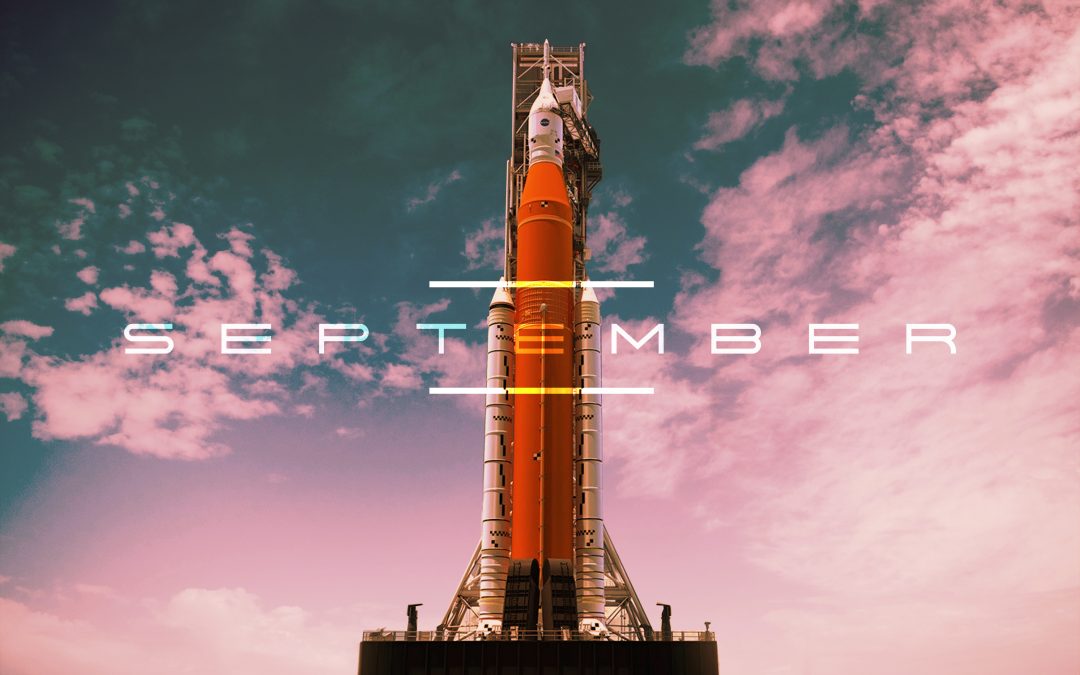 This Month in Space: September 2020

Thanks to SpaceX and their Starlink satellites, launches on the Space Coast have been happening more than ever! Even if you miss a launch, fortunately, there will be one happening again in the near future! We cover SpaceX, NASA, and the growth of the Space Coast in this month’s news roundup.

Late last month, history was made yet again on the Space Coast. SpaceX conducted the first polar launch from Florida since 1969. A Falcon 9 rocket lifted off from Space Launch Complex 40 on August 30 at 7:18 PM EDT and was carrying an Argentinean SAOCOM-1B satellite and two American secondary payloads.

Unlike most launches from Cape Canaveral, which take advantage of the Earth’s spin to reach low inclination orbits, this mission flew southward, along the east coast of Florida, a.k.a.  the polar corridor. This was the first mission to launch to polar orbit from the region since February 26, 1969, when a Delta E1 rocket launched the ESSA-9 meteorology satellite.

After stage separation, the rocket performed a “dogleg” turn to the south. Although the Falcon 9 did fly over Cuba during the second stage, the risk of falling debris was low. 60 years ago, a satellite launching from Cape Canaveral in a polar orbit suffered an in-flight failure with debris scattering over Cuba. The debris killed a cow and prompted protests at the U.S. Embassy in Havana in 1960.

The First Commercial Airlock is Heading to the International Space Station

Described by the airlock manufacturer, Nanoracks as a large metal cup attached to the outside of the International Space Station, the first commercial airlock is set to launch on a Falcon 9 rocket from the Space Coast later this year.

What exactly is the airlock? According to Nanoracks, this first-of-its-kind hardware is designed to get payloads and other materials from inside the pressurized space station out into the vacuum of space.

Shaped like a bell jar and formally named Bishop, this metal airlock will attach to a port on the outside of the ISS. A series of clamps and mechanisms on the edges of the port will latch onto the airlock, ensuring an airtight seal. Astronauts will then be able to store items in the airlock by opening up the port’s hatch. Currently, there are three airlocks on the space station. Two allow people to leave the station, and one airlock located in the Japanese Experiment Module is used for releasing payloads into space.

Currently, Nanoracks is finishing up the airlock and doing final testing. They aim to ship the hardware to NASA’s Kennedy Space Center by the beginning of October. Bishop will then be scheduled for launch on SpaceX’s next cargo mission to the space station, which is slated for mid-November. Once it reaches the ISS, the station’s robotic arm will take Bishop out of the trunk and attach it to its final home where it will then get commercial payloads and deploy them into space as quickly as possible.

Developer Buys Land Near KSC for Industrial Space and Restaurants

The area around Kennedy Space Center will soon become busier. According to Florida Today, an Ohio-based real estate developer has planned to build office, warehouse, and manufacturing space on 21 acres of land in Titusville’s Riverfront Center development. The developer, North American Properties, purchased the land for $2.7 million in cash.

An architect and civil engineer have already been hired to plan out construction, which will begin in spring 2021. The first phase will include a mix of office, warehouse, and manufacturing spaces. The 21-acre property is also set to include spaces for commercial businesses like fast-casual restaurants.

Shawn McIntyre, a Managing Partner at North American Properties, said he sees promise in the property. “There are limited commercial services available to the people traveling to and from the space center,” McIntyre stated.

The new development will be located at the southeast corner of U.S. 1 and State Road 405 / NASA Causeway, an area traveled by thousands of vehicles a day as the main artery in and out of KSC and the KSC Visitor Complex.

Although it sounds like a new fitness studio, Solar Cycle 25 is the current solar cycle pattern of sunspot activity. NASA and the National Oceanic and Atmospheric Administration (NOAA) discussed their analysis and predictions about the new solar cycle during a special media event held earlier this month.

An international coalition of experts co-sponsored by NASA and NOAA, called The Solar Cycle 25 Prediction Panel announced that the solar minimum occurred in December 2019. Scientists use sunspots to track solar cycle progress; the dark blotches on the Sun are associated with solar activity. The Sun passed its activity minimum back in December 2019 and has recently begun to see an increase in activity, thus determining the start of a new Solar Cycle.

“As we emerge from solar minimum and approach Cycle 25’s maximum, it is important to remember solar activity never stops; it changes form as the pendulum swings,” said Lika Guhathakurta, Solar Scientist at the Heliophysics Division at NASA Headquarters in Washington.

The panel has predicted that Solar Cycle 25 will be similar to its predecessor. The strength of solar cycles has headed towards a downward trend since the 1980s. Solar Cycles are periodic 11-year changes in the Sun’s activity measured in terms of variations in the number of observed sunspots on the solar surface.

An unexpected finding has NASA administrator, Jim Bridenstine shifting focus towards Venus. Earlier this month, scientists discovered phosphine or PH3, a chemical compound that is made up of phosphorus attached to three hydrogen atoms on the second planet. The chemical, which is highly toxic to humans and smells like decaying fish, maybe an indication that Venus has alien microorganisms as phosphine is associated with certain microbes.

NASA Administrator Jim Bridenstine called the findings “the most significant development yet in building the case for life off Earth” in a Tweet sent on September, 14.

NASA officials stated in a press release, “Venus is proving to be an exciting place of discovery, though it had not been a significant part of the search for life because of its extreme temperatures, atmospheric composition, and other factors.”  According to NASA, two of the four missions for the agency’s Discovery Program will focus on Venus, as well as Europe’s EnVision mission.