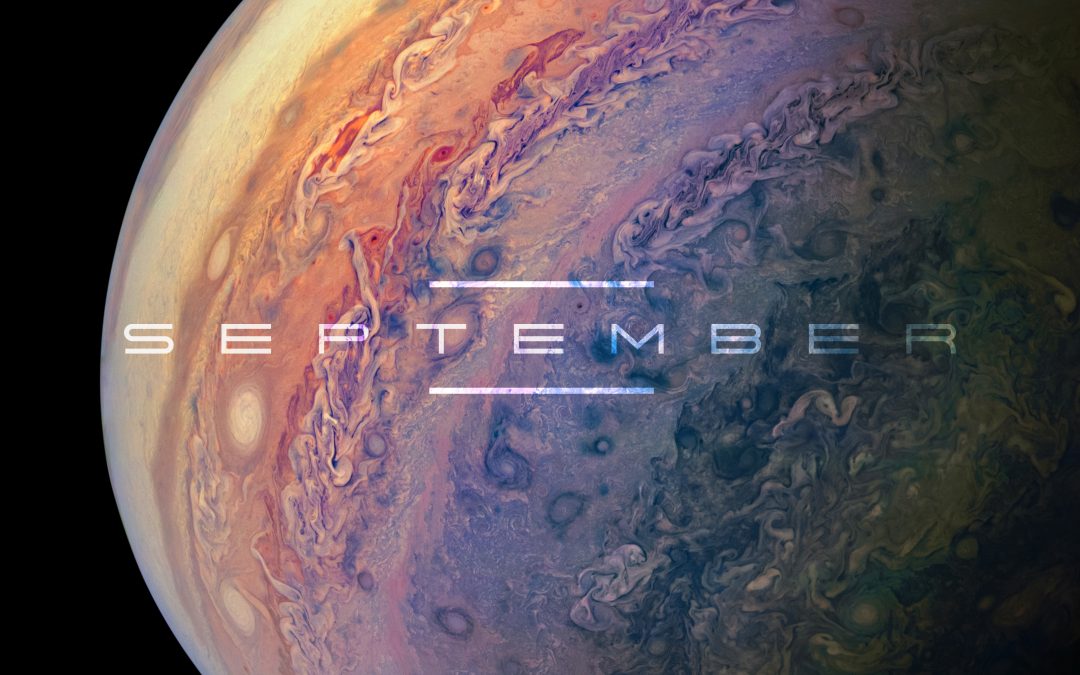 This Month in Space: September

NASA’s Kennedy Space Center Team and SpaceX were awarded Outstanding Interactive Program for multimedia coverage of Demonstration Mission 1 at the 71st Creative Arts Emmys held in Los Angeles on September 14-15. Known as DM-1, the six-day, unpiloted flight held last March was a test of SpaceX’s Crew Dragon, a spacecraft designed to fly astronauts to and from the International Space Station. It marked the first time since 2011 a vehicle designed to send astronauts to space launched from U.S. soil.

The prestigious honor recognizes NASA and SpaceX’s continuing efforts when it comes to sharing breakthrough missions with the world through images, live video, and social media. NASA and SpaceX streamed live video of the flight’s launch, docking, and reentry, as well as test operations inside the Crew Dragon capsule.

Dubbed “The Ride Out Team” a group of 120 NASA personnel remained at KSC during the storm to make sure NASA’s hardware remained protected. In preparation for Dorian, NASA confirmed that its Mobile Launcher had been moved to the Vehicle Assembly Building on August 30.

NASA stated that KSC had sustained “a variety of damage” in 2017 during Hurricane Irma, and received limited damage from Hurricane Matthew in 2016.

NASA has announced that students in public, private, and home schools in the United States can enter the Mars 2020 Name the Rover essay contest. One lucky grand prize winner will name the rover and go to Cape Canaveral in July 2020 to see it be launched.

“This naming contest is a wonderful opportunity for our nation’s youth to get involved with NASA’s Moon to Mars missions,” said NASA Administrator Jim Bridenstine. “It is an exciting way to engage with a rover that will likely serve as the first leg of a Mars Sample return campaign, collecting and caching core samples from the Martian surface for scientists here on Earth to study for the first time.”

To enter, kindergarten to 12th graders must submit the name and attach a 150 word or less essay explaining why their name should be chosen for the rover, the deadline is November 1, 2019.

The essays will be divided into three groups by grade level. According to NASA, 52 semifinalists will be selected per group, each representing their respective state or U.S. territory. Three finalists will then be selected from each group to advance to the final round. The public will have an opportunity to vote online for the nine finalists in January 2020. NASA plans to announce the selected name on February 18, 2020 — exactly one year before the rover is expected to land on the surface of Mars.

On September 12, NASA’s Juno Orbiter sent back stunning images of the Solar System’s largest planet. During the orbiter’s 20-second flyby of Jupiter where it was only 4,970 miles above the planet’s clouds, it captured the shadow of its closest moon, Io. It looks as though Jupiter has a large hole drilled on it.

Juno is currently scheduled to perform around a dozen more close encounters with Jupiter until the mission ends in July 2021. Launched in August 2011 from Cape Canaveral’s Air Force Station, NASA’s Juno Mission did not reach Jupiter’s outer orbit until July 2016. Since then, the orbiter has performed 22 perijoves or close encounters with the planet that is 1,300 times larger than Earth.

To keep up-to-date with all things space, check SpaceCoastLaunches.com monthly for the latest information.