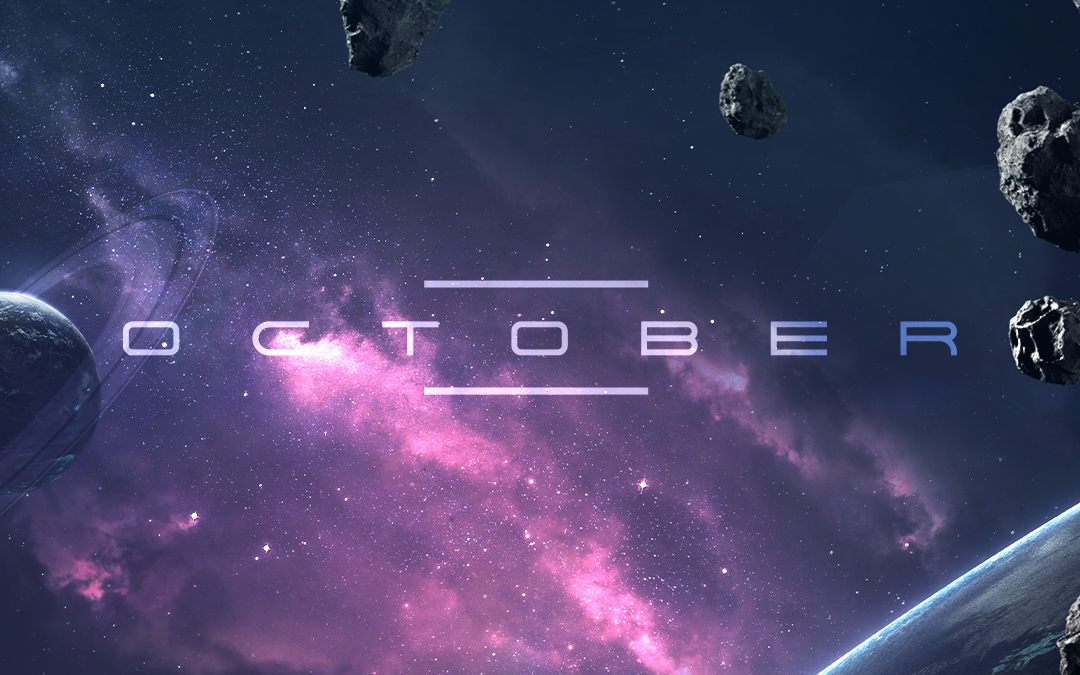 This Month in Space: October

From October 21 to November 3, the Kennedy Space Center Visitor Complex will be honoring the citizens of Brevard County with a special discount ticket offer. For two weeks during the Salute to Brevard celebration, residents can purchase adult tickets for $19 and $14 for children ages 3 to 11. To receive the discount, guests must show proof of residence by providing a driver’s license or utility bill at the ticket booth. The ticket provides full admission into the park, which includes access to the Apollo/Saturn V Center, the Rocket Garden, and the Atlantis facility.

Since 1999, the Kennedy Space Center Visitor Complex has honored the citizens of Brevard County with the Salute to Brevard celebration. According to a press release from the Kennedy Space Center Visitor Complex, “Guests are encouraged to bring canned goods and non-perishable food items, baby formula and food and hygiene products, which will be donated to Brevard County Sharing Centers.”

In addition to Steve Smith, former space shuttle astronaut Bruce Melnick was also in attendance at the event. “Like many other astronauts are, I am a Corvette enthusiast, Corvette owner, Corvette fan,”  Melnick stated, “Between my wife Kim and I, we are on our ninth Corvette right now.”

The new Corvette Stingray features the “first retractable hardtop” for convertibles according to Chevrolet’s program engineering manager, Josh Holder. The new ‘Vette has its engine in the back of the car; a completely different design from before where the engines where placed in the front. Prices for the new convertible start at $66,400 and will be available for purchase early 2020.

There has been a long relationship between astronauts and GM’s flagship sports car. Alan Shepard owned 10 Corvettes throughout his life and was given a 1962 white Corvette by General Motors Executive Edward Cole after his flight to space, and Jim Rathmann, a 1960s’ local car dealership here on Florida’s Space Coast, leased Corvettes to some of the first American astronauts for only $1 back in the 1960s.

Earlier this month, Boeing officials stated that the company has its sights set on December 17, 2019  for the launch of the first unpiloted orbital test flight of the new Starliner crew capsule. The launch will occur at Cape Canaveral and will go on a week-long demonstration mission to the International Space Station.

Before Starliner makes its first trip to the space station, Boeing will conduct a test of the spacecraft’s abort system on November 4 at White Sands Missile Range in New Mexico. This test will involve having an uncrewed Starliner spacecraft fire its launch abort engines to blast off from a test pad, rise about a mile in the air, and make a landing about a mile away with the aid of parachutes and airbags.

If the test is successful, Boeing will launch an uncrewed Starliner to the International Space Station from Cape Canaveral Air Force Station atop a United Launch Alliance Atlas 5 rocket. Boeing will then send a crew on a demonstration flight to the space station in early 2020.

Astronauts Christina Koch and Jessica Meir made history on October 18 as the duo replaced a power controller outside of the International Space Station, becoming the first to take part in an all-female spacewalk.

According to NASA, the walk lasted seven hours and 17 minutes and even included a call from President Trump. NASA also stated that the historic walk was not purposely planned as there has been an increase in female astronauts working for NASA.

“This is really just us doing our jobs,” Dr. Meir said, adding that credit was owed to the female explorers, scientists, engineers, and astronauts who came before her.

Ms. Koch added that it was “wonderful” to be a part of the space program at a time “when all contributions are being accepted when everyone has a role, and that can lead in turn to an increased chance for success.”

Ms. Koch was previously scheduled to participate in a spacewalk with astronaut Anne McClain in March. However, it was postponed because NASA did not have two medium-sized spacesuits available.

NASA Commercial Crew Astronauts Will Have to Wait Until Next Year to Launch from the U.S.

According to NASA, astronauts will have to wait until 2020 to launch from Kennedy Space Center to the International Space Station. NASA announced that it will be partnering with  SpaceX and Boeing to launch astronauts to the station from the U.S.; a first since the end of the space shuttle program in 2011.

NASA Administrator Jim Bridenstine stated, “We’re very confident that in the first part of next year, we will be ready to launch American astronauts on American rockets. In the coming months, we are going to have hardware delivered to [Cape Canaveral] and to the Kennedy Space Center. Between now and then there’s a lot that needs to be done.”

NASA has relied on rides to the Space Station on Russia’s Soyuz space capsule since 2011. Now,  those seats running out and NASA needs to make the decision whether to buy additional Soyuz seats or extend the planned crewed Commercial Crew flights.

For more space news, check SpaceCoastLaunches.com monthly to get the latest updates.