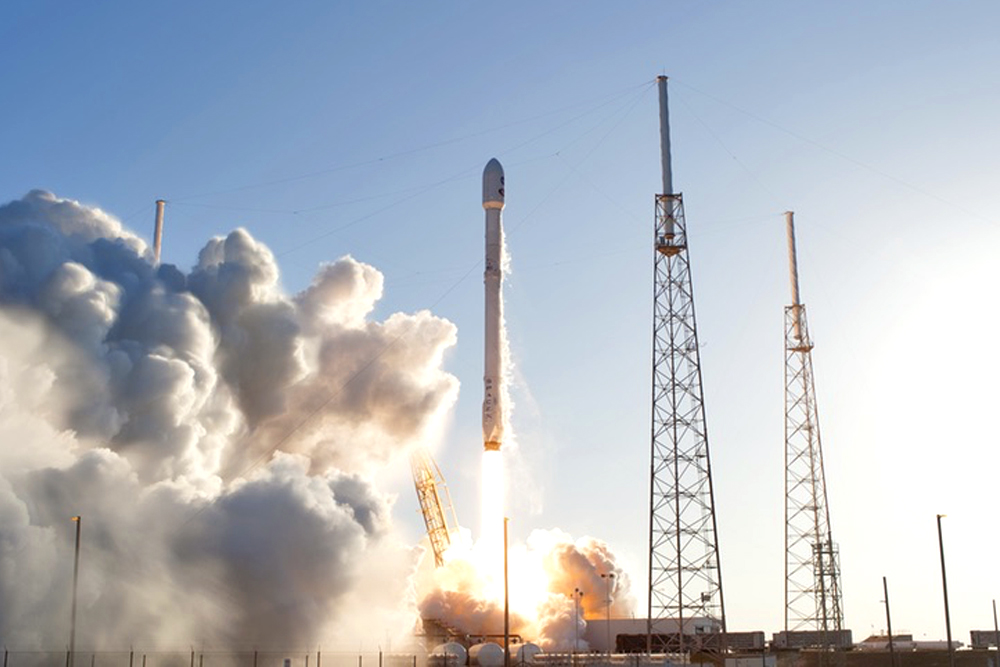 This Month in Space: November

The Holiday Season is in full swing, but it’s time to take a break and catch up on all things space. From SpaceX milestones to saluting veterans, November was packed with news.   Kennedy Space Center’s ‘Holidays in Space’ Goes Retro From December 13-31, guests visiting the Kennedy Space Center Visitor Complex will be able to experience the wonders of the holiday season with an out-of-this-world, retro twist. The theme of this year’s Holidays in Space event will be the 1960s, the heyday of space travel and all things groovy. Guests will enter the complex through an illuminated rocket archway and it will lead them to a colorful, bright, and futuristic 1960s wonderland with era-inspired decorations, music, and over 10,000 sparkling lights. Guests can also participate in a multimedia experience called “Holidays in Space!”. This short film will take guests on a journey with Mercury, Gemini, Apollo, and International Space Station crews across NASA’s historic space missions from the 60s and into the future. “The 1960s set the stage for space exploration in the United States with the important Apollo 11 and 12 missions,” said Therrin Protze, chief operating officer, Kennedy Space Center Visitor Complex. “This year’s Holidays in Space begins during that era and takes us through NASA’s history and into the future, capturing the excitement of the time. And now, as we embark on a new era of space exploration as a nation, we’re thrilled to celebrate this important time period during our annual holiday event.”   SpaceX Launches 60 Satellites Into Orbit On Starlink-1 Mission On Monday, November 11 at 9.56 a.m., a SpaceX Falcon9 launched from Cape Canaveral with 60 functional constellation satellites. This was SpaceX’s 75th Falcon 9 launch and 45th successful booster landing. Starlink-1 marks the first launch of SpaceX’s fully operational satellites that will be a part of the company’s eventual constellation of 42,000 Starlink satellites that will hopefully provide internet access to billions of people across the globe. “This will not only provide internet access to areas that don’t have it, but provide competitive access to areas that already have connectivity,” company CEO, Elon Musk said in a media teleconference prior to the first Starlink launch in May. Each satellite launched is identical, with instruments to relay internet access to the ground via separate ground stations. The weight of each satellite is 260 kilograms. At 15,600 kilograms, this was the heaviest payload SpaceX has ever launched. The launch was the first from Cape Canaveral since the final ULA Delta IV Medium mission on August 22, and the first SpaceX launch since AMOS-17 on August 6. The mission was the ninth Falcon 9 launch this year, and the 11th SpaceX launch of 2019.   NASA Sets Launch Date for Starliner Mission to Space Station A launch date for Boeing’s spacecraft intended to carry astronauts to the International Space Station has been set for December 17 at Cape Canaveral Air Force Station on Florida’s Space Coast. This will be an uncrewed test flight and will mark the first flight for a Boeing spacecraft to travel to the ISS as a part of the Commercial Crew Program. The Commerical Crew Program is a collaboration between NASA and private companies to build spacecraft and launch systems to take astronauts to the ISS. Boeing has previously delayed the initial launch of the Starliner multiple times since 2018. However, the launch on the 17th seems probable, though launch dates can fluctuate.  Boeing seeks to maintain a strong relationship with the Space Coast in upcoming years. The Chicago-based company announced in June that it plans on moving its Space and Launch division headquarters to Titusville by the end of 2019.   SpaceX and NASA Offer Military an Ideal Place to Work After Service SpaceX and NASA have both been applauded for their dedication to hiring veterans. Approximately 13%  of SpaceX’s workforce self-identifies as having previous military service— with veterans making up 22-percent of its Florida workforce. Notable veterans working for SpaceX include lead operations engineer, Julia Black who began her rocket launching career in the Air Force, Lead Structures Technician, Alyssa Gallegos who is a Navy veteran, and SpaceX Vice President Lee Rosen; a 20-year Air Force veteran who retired at the rank of colonel. Rosen stated,  “That’s one of the things that I think makes SpaceX so appealing to the veteran population and why we have a high percentage of veterans here. We can still continue to serve.” NASA has always had a long-running relationship with veterans. At Kennedy Space Center, more than 300 of its civil servants come from the military including Kennedy Space Center Director Bob Cabana, Deputy Director Janet Petro, and Associate Director Kelvin Manning. Earlier this month, KSC received the honor of being named a Purple Heart Entity by the Military Order of the Purple Heart for its support of veterans through employment opportunities and services provided to veterans by the center’s veterans employee resource group.