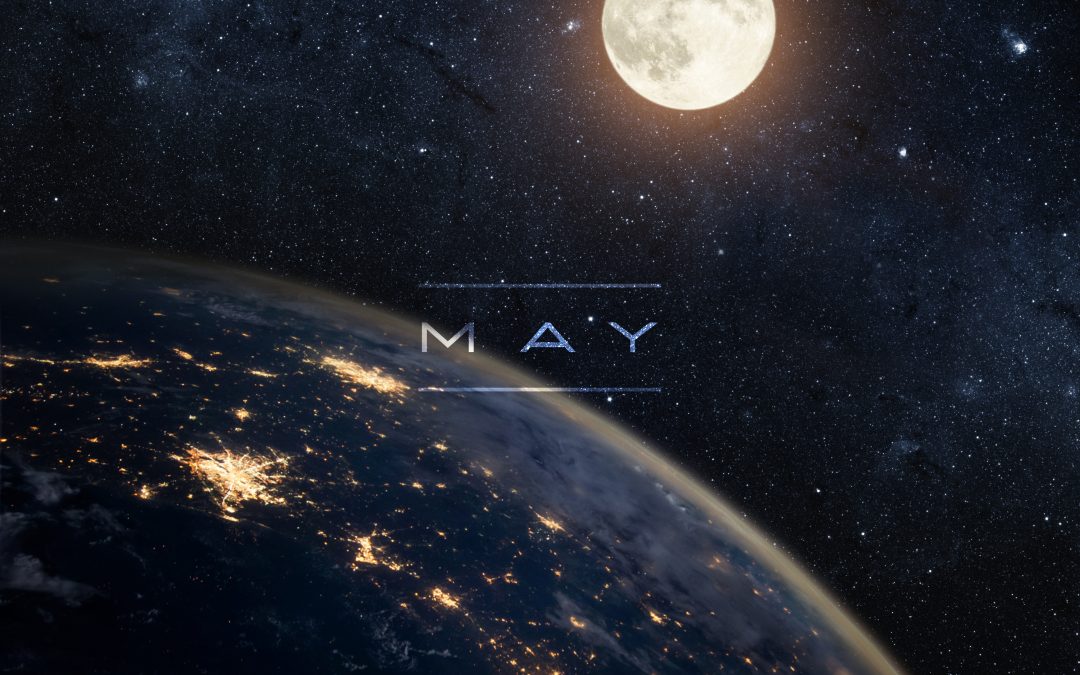 This Month in Space: May

On May 23, SpaceX took a step toward making world internet coverage a reality with the launch of it’s fifth Falcon 9 rocket of the year. The rocket sent 60 satellites into space with the mission of making internet accessible to all of the world.

This also marked the third time that SpaceX was able to safely re-use one of its Falcon 9 rockets, getting them closer to their goal of making spaceflight exponentially less expensive than it has been in the past.

If successful, the “Starlink” mission is set out to put 12,000 satellites into orbit over the next few years. The satellites will put out a combined 1 terabit per second of usable capacity, and 2.5 to 3 terabits, making internet connections on Earth faster and more easily accessible to all.

Kennedy Space Center Has a Different Kind of Star-Studded Night

Actors, astronauts, scientists, and celebrities gathered at Kennedy Space Center in early May to celebrate the 50th anniversary of the moon landing. The Swiss watch brand Omega hosted the anniversary event because 50 years ago, a watch they created was certified by NASA and taken to the moon on the first lunar mission.

The watchmaker continues to come out with special-edition moon watches every few years.

Some of the notable celebrities found at the event included George Clooney, Amal Clooney, Antoni Porowsi, Chiara Ferragni, and Jay Alvarez. Former astronauts that attended included Charles Moss Duke, the 10th youngest person to walk on the moon, and Thomas Stafford, who served as commander of the Apollo 10.

Buzz Aldrin was scheduled to make an appearance but was unable to attend.

On May 17, Bumble, the first Astrobee robot to power up in space, successfully completed a series of initial hardware tests in space. NASA’s Anne McClain unpacked Bumble and worked with Astrobee’s team at NASA’s Ames Research Center in California to verify that all of the robot’s systems were working properly.

Bumble will be used to show how robots will be able to assist crews and perform caretaking duties on spacecraft on their way to the moon and beyond. These robots will help increase astronaut productivity and help maintain the spacecraft.

After charging bumble on its docking station in the Kibo module of the International Space Station, McClain checked aspects like the avionics, cameras, propulsion and data transfer before Bumble gets officially put to the test on a flight.

On May 18 the Kennedy Space Center Visitor Complex celebrated the 50th anniversary of the Apollo 10 launch by handing out an Apollo Mission Commemorative Card Set to all guests. Each pack contains at least five cards filled with mission-specific facts.

NASA also announced that for the 50th anniversary celebration they would be updating the Snoopy character with space-themed programming originally inspired during the Apollo era. NASA and Snoopy originally collaborated because the Apollo 10 mission required the lunar module to skim the surface of the moon and “snoop around” to scout the Apollo 11 landing site, so the module was named Snoopy.

Under the current collaboration, NASA provided support for a number of new Peanuts programs that focus on modern-day Astronaut Snoopy and space themes, including a STEM-based curriculum for grade school students.

Peanuts has also teamed with Apple TV to present a 10-minute feature that includes archival interviews of two of the three Apollo 10 astronauts, Tom Stafford, and Eugene Cernan, as well as an interview with current NASA flight director, Ginger Kerrick.

Over the years since its creation, the moon has slowly cooled down from its initial temperatures. Because of this, the moon has shrunk, getting more than about 150 feet (50 meters) skinnier over the last several hundred million years.

Because the moon’s surface is brittle, it breaks as the moon shrinks. This forms “thrust faults” where one section of the crust is pushed up over a neighboring part.

Astronauts placed the instruments on the lunar surface during the Apollo 11, 12, 14, 15, and 16 missions. The Apollo 11 seismometer operated only for three weeks, but the four remaining recorded 28 shallow moonquakes – the type expected to be produced by these faults – from 1969 to 1977. The quakes ranged from about 2 to around 5 on the Richter scale. Using the revised location estimates from the new algorithm, NASA found that eight of the 28 shallow quakes were within 30 kilometers (18.6 miles) of faults visible in lunar images.

“We think it’s very likely that these eight quakes were produced by faults slipping as stress built up when the lunar crust was compressed by global contraction and tidal forces, indicating that the Apollo seismometers recorded the shrinking moon and the moon is still tectonically active,” said Thomas Watters, senior scientist in the Center for Earth and Planetary Studies at the Smithsonian’s National Air and Space Museum in Washington.

Want more information on upcoming launches? Check out our launch schedule to view all upcoming missions!