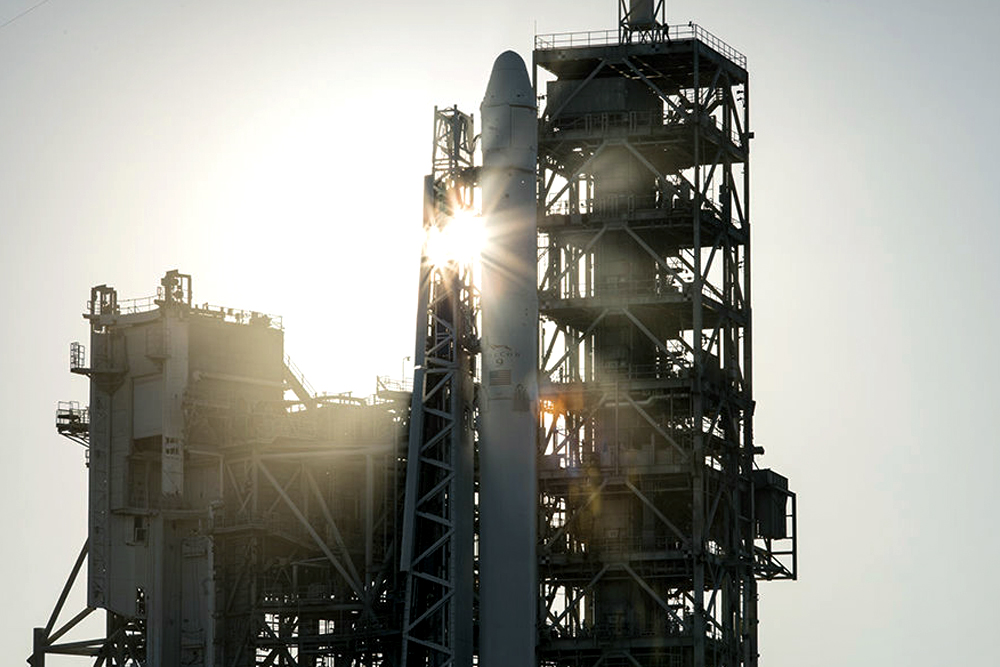 This Month in Space: June

The weather isn’t the only thing that’s been heating up on Florida’s Space Coast this June. From big launches off Cape Canaveral to exciting discoveries on the red planet, the month has seen its share of space action. The following are some of the biggest newsmakers for the month of June:

A large commercial satellite that will deliver direct-to-home TV, broadband and data services to customers across Asia, Australia and the Middle East blasted safely into orbit June 4 from Cape Canaveral – exactly eight years after the Falcon 9 made its debut from the same pad. The rocket blasted off from Launch Complex 40 at 12:45 a.m. It was the 56th launch of a Falcon 9 rocket and SpaceX’s 11th flight so far this year.

Mars Dust Storm Knocks Rover out of Contact with Earth

NASA’s Opportunity Mars rover dropped out of contact with Earth on June 13 after a huge dust storm on the red planet blocked the sun, effectively preventing the solar-powered rover from recharging its batteries. The rover – already 14 years past its original 90-day design life – is sleeping in low-power mode until the skies clear, allowing its batteries to recharge. Opportunity’s engineers, who have Â Â formed a strong emotional attachment to the rover, are optimistic it will survive the dust storm.

Documents recently published by Kennedy Space Center officials detail SpaceX’s new construction plans, which include a 300-foot-tall â€œfuturisticâ€ launch control center, a 133,000-square-foot hangar for booster and fairing storage and processing, and a rocket garden for displaying historic space vehicles. One of the goals for the new facilities will include the operation of a â€œmega-constellation of thousands of internet-beaming satellites in low Earth orbitâ€. The constellation, which includes more than 4,000 satellites, aims to bypass Earth-based infrastructure to deliver internet connectivity.

NASA’s Mars rover Curiosity has identified a variety of organic molecules – the carbon-based building blocks of life as we know it on Earth – in rocks estimated to be 3.5 billion years old. While these findings don’t provide evidence that there’s current life on Mars, they could indicate that there was life on the planet at some point in time. This isn’t the first time the rover has discovered organics on the red planet, but because of the age and variety of the new samples, scientists say it strengthens the case that there was a past habitable environment on the planet.

SpaceX to Launch Dragon Spacecraft on a Falcon 9 Rocket

A SpaceX Falcon 9 rocket will launch the Dragon cargo spacecraft (CRS-15) from Cape Canaveral on June 29 for a cargo delivery flight to the International Space Station. Liftoff is scheduled for 5:41 a.m. EDT. Remember, the launch date and time are subject to change. Download the official Launch Console app (available now for iOS and Android) for crucial mission details and updates.

Check out our launch schedule to view all upcoming missions!