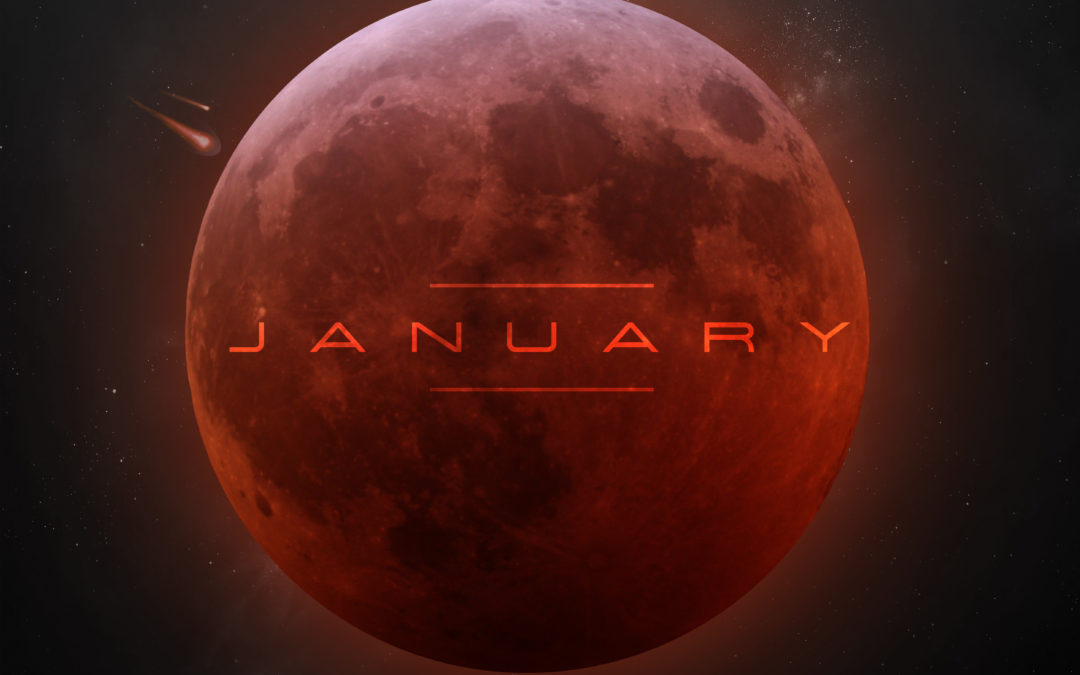 This Month in Space: January

We said goodbye to 2019 and blasted off to a whole new decade. 2020 looks to be another busy year in space exploration and on the Space Coast. We’re recapping some of the highlights that happened in January.   SpaceX Launches 60 Starlink Satellites Marking the First Launch of 2020 Only six days into the new year, SpaceX launched 60 Starlink satellites into orbit atop a Falcon 9 booster on the evening of January 6 from Cape Canaveral Air Force Station. The launch was a part of a series to place a constellation of small satellites in orbit that will provide high-speed broadband internet to the globe. Elon Musk, SpaceX CEO and founder, has stated previously that they will need at least 400 satellites in orbit to provide minimal coverage, and at least 800 to provide moderate coverage. Coverage could begin sometime this year, with it rolling out first in portions of the U.S. and Canada. This was the third batch of Starlink satellites, making the total number of satellites at 180; however, another launch SpaceX launch took place on January 29, adding an additional 60 more Starlink satellites.   SpaceX Seeks to Launch Astronauts this Spring After a successful in-flight abort test that happened on January 19, it looks as though SpaceX is on a fast track to its first piloted flight of the Crew Dragon later this year. The Crew Dragon capsule successfully broke away from its Falcon 9 rocket less than 90 seconds after liftoff and splashed down softly under parachutes in the Atlantic Ocean, about 20 miles off the Florida coast. “Congratulations to SpaceX and the entire NASA team on this final major flight milestone that we needed to accomplish,” NASA Administrator Jim Bridenstine said during a post-launch news conference. Although there is still a bit of work and preparation to occur before the piloted flight with NASA astronauts, Bob Behknen and Doug Hurley, Elon Musk is positive that it will happen this year. “We’re highly confident that the hardware will be ready in Q1, most likely end of February but no later than March,” Musk said, referring to 2020’s first quarter. “And we think it appears probable that the first crewed launch would occur in the second quarter.”   Christina Koch Celebrates 300th Day in Space Christina Koch has broken another gender barrier in the world of space exploration. Earlier this month, the 40-year-old astronaut celebrated her 300th day in space. Koch is expected to remain in space until February 6, 2020. Last October, Koch and Jessica Meir completed the first all-woman spacewalk. The duo has since completed two more walks. On Twitter, Koch stated, “For 300 days, I’ve been fortunate to be a part of something that strives to represent and benefit all humanity.” Koch is now in an elite club of astronauts who have made extended International Space Station stays including Scott Kelly and Russian cosmonaut Mikhail Kornienko (340 days) and Peggy Whitson (288 days). Currently, the longest anyone has stayed in space was Russian cosmonaut, Valery Polyakov, who spent 438 days on Mir in 1994-1995.   https://www.youtube.com/embed/hkKaaVnzm8A   NASA Astronaut Jon McBride Retires from Kennedy Space Center Visitor Complex Navy Captain and veteran NASA Astronaut, Jon McBride announced his retirement earlier this month. Before his tenure at KSC’s Visitor Complex, McBride served as Capsule Communicator for Mission Control and was a lead chase pilot for the first flight of Columbia. On October 5, 1984, McBride launched with STS 41-G Challenger. He retired from NASA and the Navy in 1989. McBride developed the successful Dine With An Astronaut program which debuted in 2002 and later launched the Fly With An Astronaut program. “Jon McBride is a living legend,” said Therrin Protze, chief operating officer, Kennedy Space Center Visitor Complex. “It has been an honor to have him sharing his experiences with our guests at the visitor complex for the past two decades. In his capacity as a mentor to countless students across the world, he proved to be an excellent ‘space ambassador’ and we wish him the best in his retirement.”   LEGO Releases New International Space Station Set and Sends it into Space LEGO has recently released a realistic replica of the ISS, and to celebrate it, the LEGO team sent the tiny ISS to the stratosphere using a giant weather balloon to “meet its big brother.” According to LEGO, the set was developed with and approved by NASA experts. The 864 piece set includes various attachments and details including an airlock hatch where LEGO Minifigure astronauts can leave the ISS and perform spacewalks and a small spacecraft to transport crew and cargo. LEGO has previously released other space-themed sets including the Saturn V rocket, Apollo Lunar Lander, and a Women of NASA set.