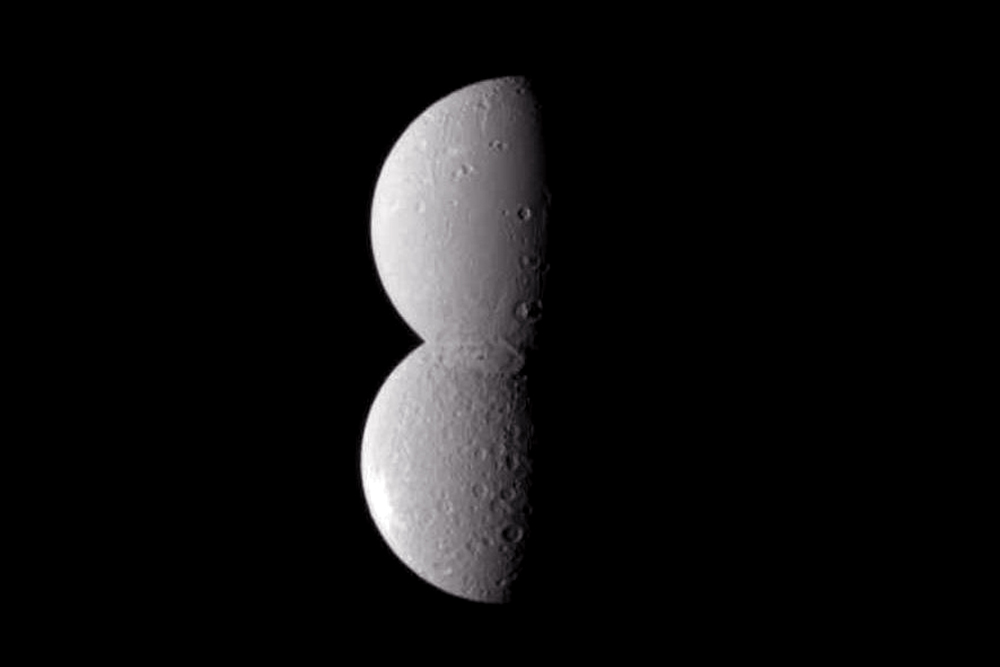 This Month in Space: December

As we say goodbye to 2019 and launch into a new decade of discovery, we’re recapping some of the highlights that happened in the world of space exploration in December.   Mars 2020 Rover’s Protective Cover Arrives at Kennedy Space Center   On December 12, the aeroshell for the Mars 2020 Rover arrived at NASA’s Kennedy Space Center. It was built by Lockheed Martin in Littleton, Colorado and flown out of Buckley Air Force Base.   “The transport to Buckley occurred early in the morning on December 10. It was cold, but worth it. The aeroshell was loaded into the Transport plane starting about noon on December 11.  The plane left Denver about 7 p.m. The flight to KSC was perfect and the program personnel on the plane remarked how smooth the ride was and how they didn’t even feel the landing,” said Neil Tice, Mars 2020 aeroshell program manager at Lockheed Martin Space.   The aeroshell is made up of two parts. The heat shield (the part that protects the spacecraft through the atmosphere) and the backshell (spacecraft from the extreme conditions encountered in the black void it will encounter on the way to Mars). It measures about 15 feet in diameter. For comparison, the heat shields used on the command module portion of the Apollo spacecraft were just shy of 13 feet in diameter.   Northrop Grumman Signs Customer for First Flight of OmegA   Saturn Satellite Networks (SSN) has selected Northrop Grumman’s OmegA to deploy up to two satellites. The rocket’s inaugural flight is scheduled for spring 2021 and will launch from Kennedy Space Center’s Pad 39B where it will insert the SSN satellites into a geosynchronous transfer orbit.   “The OmegA rocket expands Northrop Grumman’s launch capabilities beyond our small and medium-class rockets, which have successfully launched nearly 80 missions,” stated Scott Lehr, vice president, and general manager, flight systems, Northrop Grumman. “Expanding the company’s launch capabilities to the intermediate/heavy class with OmegA complements our national security satellite portfolio and enables us to better support our customers.”   Charlie Precourt, vice president of propulsion systems at Northrop Grumman said in a statement, “The first flight of OmegA is a key step in our certification process for the U.S. Air Force National Security Space Launch program. Having Saturn’s NationSat on board for this mission further demonstrates the versatility of OmegA to serve other markets including commercial and civil government.”   Jim Simpson, CEO of Saturn, said, “We are excited to launch Saturn’s NationSat on Northrop Grumman’s OmegA launch vehicle’s inaugural mission. OmegA’s performance, payload accommodations, and rigorous certification program assures us it is a great fit for NationSats and our customers.”   OmegA is Northrop Grumman’s intermediate/heavy-class rocket and serves a broad range of orbits for National Security Space Launch (NSSL).   SpaceX launches supplies and Christmas gifts to Space Station from Cape Canaveral   On December 5, SpaceX launched three tons of supplies, which included Christmas presents to the International Space Station. This was the last resupply mission of the year.   Initially set for December 4, the first launch attempt was scrubbed due to high winds at sea where the company lands its rocket boosters on a drone ship and also upper-level winds. A day later at 12:29 p.m., the Falcon 9 rocket, and cargo Dragon spacecraft blasted off from Space Launch Complex 40 at Cape Canaveral Air Force Station.   Along with Christmas goodies for the astronauts living on the ISS, “mighty mice” for a muscle and bone study and barley for a Budweiser beer-malting experiment are among the three tons of supplies that were packed in the Dragon capsule.   After a Failed Mission, Boeing’s Starliner Spacecraft Returns To Earth Safely   Boeing’s Starliner spacecraft landed in the New Mexico desert on December, 22 after an unsuccessful mission. Just a few minutes after launch from Florida’s Space Coast on December, 20, it ran off course. Roughly 30-minutes into the flight, Boeing reported that the capsule didn’t get into the position needed to get to the International Space Station.   NASA Administrator Jim Bridenstine tweeted the Starliner “had a Mission Elapsed Time (MET) anomaly causing the spacecraft to believe that it was in an orbital insertion burn, when it was not.”   “We started the clock at the wrong time,” Jim Chilton, a senior vice president for Boeing, said Saturday. “As a result of starting the clock at the wrong time, the spacecraft upon reaching space thought she was later in the mission and, being autonomous, started to behave that way.”   The uncrewed mission (sent with a human-like dummy named Rosie), was supposed to send holiday packages, food, and other supplies to the ISS. However, because of the error, the mission was aborted.   Boeing has been working on the Starliner since 2010. In 2014, NASA awarded the company a $4 billion contract to continue to work on it and to compete with SpaceX as a commercial crew provider.