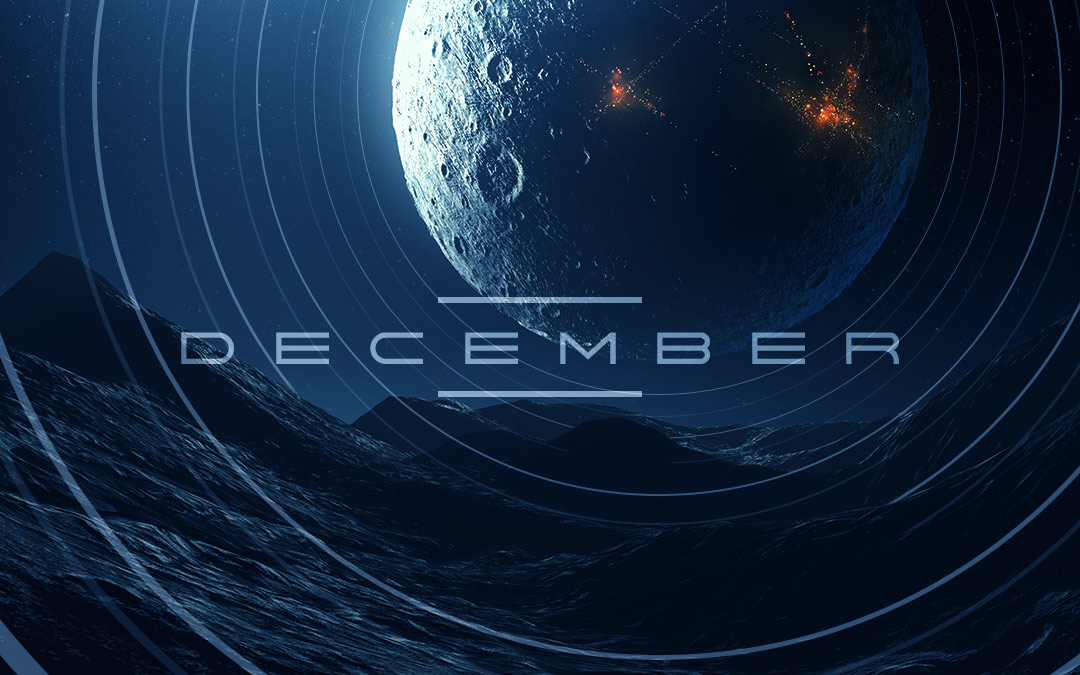 This Month in Space: December 2020

The stars are aligning — okay, actually two planets — and space exploration is capping off 2020 with amazing planetary discoveries and important announcements about the future of commercial crewed missions. Here’s what happened in December as we connect our quest for exploration and discovery with the scientific phenomena of the great unknown.

Ahead of Boeing’s targeted March 29, 2021 launch of the Starliner spacecraft, the flight company has released its mission patch dedicated to the hands-on approach the team is taking to make the launch a success.

The patch is similar to the other Starliner test flight patches, and features a thumbprint pattern in recognition of the unique and diverse team members working on the Starliner’s next test. The fingerprint overlays an image of the Earth.

Boeing’s director for Starliner Crew and Mission Operations, Chris Ferguson, said, “This mission is personal to [the team] and to our company. We wanted this patch to reflect that.”

The Starliner spacecraft is currently nearing final assembly inside the Commercial Crew and Cargo Processing Facility at Kennedy Space Center. This test flight aims to ensure that the software aboard the flight is working properly. It will launch from Kennedy Space Center and then dock with the International Space Station, then return to Earth a week later to confirm that the spacecraft is safe for a crewed mission.

Three astronauts for the next SpaceX commercial crew mission to the International Space Station were announced on Dec. 14 by NASA and the European Space Agency.

These three crew members include NASA astronauts Raja Chari and Tom Marshburn, as well as ESA astronaut Mattias Maurer. The mission is set to launch in the fall of 2021.

Chari will serve as the commander of the mission, and will be making his first spaceflight. He is also part of the team of Artemis astronauts announced on Dec. 9, who are eligible for future Artemis lunar missions. Marshburn, who has been with the space agency since 2004, has flown on the space shuttle in 2009, and spent five months on the ISS in 2012 and 2013. Maurer will be making his first space flight, and joined the ESA in 2015.

A fourth crew member will be added at a later date for the Crew Dragon mission.

Scientists think they have detected radio signals from an alien world

For the first time, scientists may have detected radio emissions from a planet orbiting a star beyond the Sun.

The researchers used a radio telescope in the Netherlands to study three different stars that they already knew hosted exoplanets. One star, called Tau Bootes, contains at least one exoplanet. They compared their findings to what they’ve seen on Jupiter. The hope is that this research will shine some light on the magnetic fields of exoplanets.

The interest of the magnetic fields can tell us about qualities of a world, like its structure and history. Earth’s magnetic fields protect our atmosphere and influence conditions on our planet.

Lead researcher on the project, Jake Turner, called for additional observations of the Tau Bootes system, which is about 51 light years away from Earth in the constellation Bootes. It’s still unclear as to whether the emissions are actually coming from the exoplanet, or from a nearby star.

Jupiter and Saturn converge in a “Christmas Star” this month

The two largest planets in our solar system were closer than they’ve been since the Middle Ages.

The convergence is being called the “Christmas Star” because it happened so close to Christmas, but it’s not actually a star. It took place on Dec. 21, the winter solstice, which is also purely coincidental, according to NASA.

“You’d have to go all the way back to just before dawn on March 4, 1226, to see a closer alignment between these objects visible in the night sky,” said astronomer Patrick Hartigan, a professor of physics and astronomy at Rice University.

The planets got even closer until Dec. 25, Christmas Day. The conjunction can be seen low in the western sky for about an hour after sunset each evening.