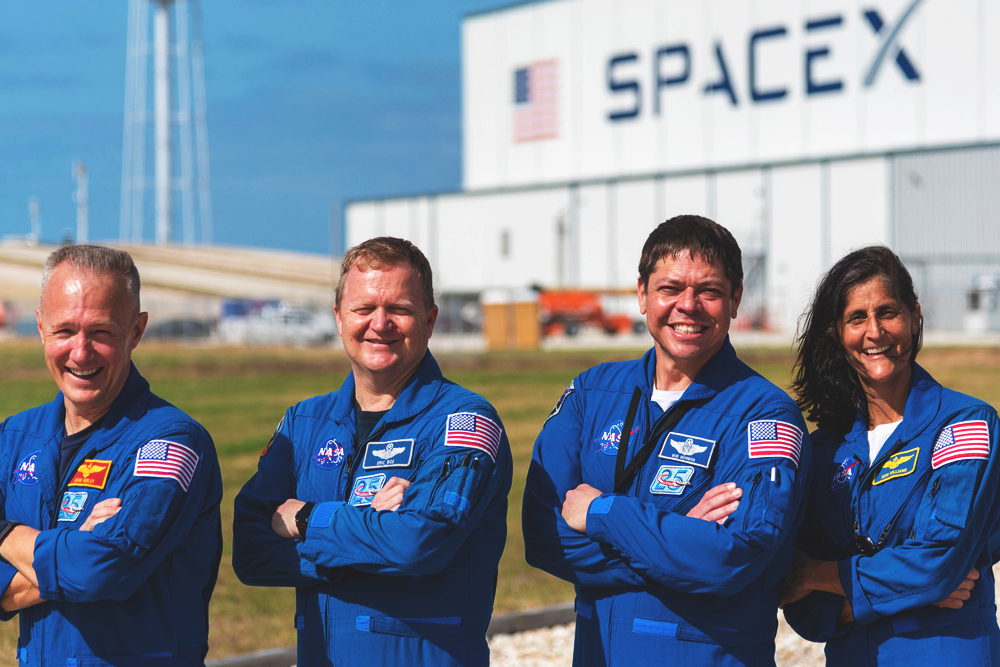 This Month in Space: August

For almost 20 years, ULA’s Delta IV Medium rocket has launched from Florida’s Space Coast, but on August 21, 2019 it made its final flight. In addition to Delta IV Medium, ULA is also set to retire the Delta IV Heavy and Atlas V. Ushering in this new era for ULA will be the Vulcan Centaur.

“We’re flying out the Delta IV Medium,” said Tony Taliancich, ULA launch operations director and general manager. “Our plan and strategy is to eventually transition our team towards the Vulcan Centaur for the future. That is our vehicle that we’re positioning ourselves for the long term competition and survivability in the market.”

It’s been a busy time for Florida’s Space Coast this summer as both the Falcon 9 and Atlas V launched in 36 hours this month. The last time launches happened this close together was in 1981. Despite gloomy weather and earlier thunderstorms on August 6, the SpaceX Falcon 9 launched with the Israeli-owned Amos 17 communications satellite making it SpaceX’s tenth launch this year.

NASA Plans to Send Humans to the Moon in 2024

It’s not going to be an easy feat, but NASA plans to send humans back to the moon by 2024, with the first round of critical tests set for the end of 2020.

NASA Administrator Jim Bridenstine has been a strong advocate for bringing humans back to the moon, but government funding will be a roadblock for this tremendous feat. Congress has yet to approve an extra $1.6 billion in NASA’s budget.

During a visit to New Orleans where engineers are currently assembling the core stage of the Space Launch System rocket, Bridenstine stated, “Behind me, we have really 4/5ths of the rocket assembled, and that is really an astonishing accomplishment given how fast we have accelerated the manufacturing of this rocket.”

After the core stages, the rocket will be brought to Kennedy Space Center where it will launch an unmanned Orion spacecraft on its first mission around the moon at the end of 2020.  The second launch will include astronauts for a mission that will circle the moon. If everything is successful, the third SLS launch of Orion will have the next man and the first woman to land on the moon.

During a meeting of the National Space Council, Vice President Mike Pence along with Pentagon officials announced the opening of SPACECOM on August 29. SPACECOM will be the first step in developing Space Force; the new branch of the military proposed by President Donald Trump.

“The United States Space Force will ensure that our nation is prepared to defend our people, defend our interests, and to defend our values in the vast expanse of space and here on Earth with the technologies that will support our common defense for the vast reaches of outer space,” Pence stated.

Despite the opening of SPACECOM, in order for Space Force to become a branch of the military it still requires congressional funding and authority; which has not happened yet.

The bit carousel; a component that will play a pivotal role in acquiring and returning the first samples from Mars to Earth has been added to NASA’s Mars 2020 rover.

“The bit carousel is at the heart of the sampling and caching subsystem,” said Keith Rosette, Mars 2020 sample handling delivery manager at NASA’s Jet Propulsion Laboratory in Pasadena, California. “It contains all of the tools the coring drill uses to sample the Martian surface and is the gateway for the samples to move into the rover for assessment and processing.”

Resembling a more extraterrestrial version of a 1960s slide projector, the bit carousel includes nine drill bits that aid in sample acquisition and surface analysis. Two bits are for abrading, one is for regolith (rock and soil), and six are for coring.

“The bit carousel was the last piece of the Mars 2020 rover’s Sample Caching System to be installed,” said JPL’s John McNamee, project manager of Mars 2020. “And while the rover interior is essentially complete — a battery and a camera used during landing are planned in coming weeks — the assembly and test team will not be resting on their laurels. Months of evaluation and fine tuning lie ahead to make absolutely certain this rover is on the launch pad and ready to go on July 17, 2020.”

To stay up-to-date on all the space related happenings taking place on Florida’s Space Coast, download the Launch Console app.