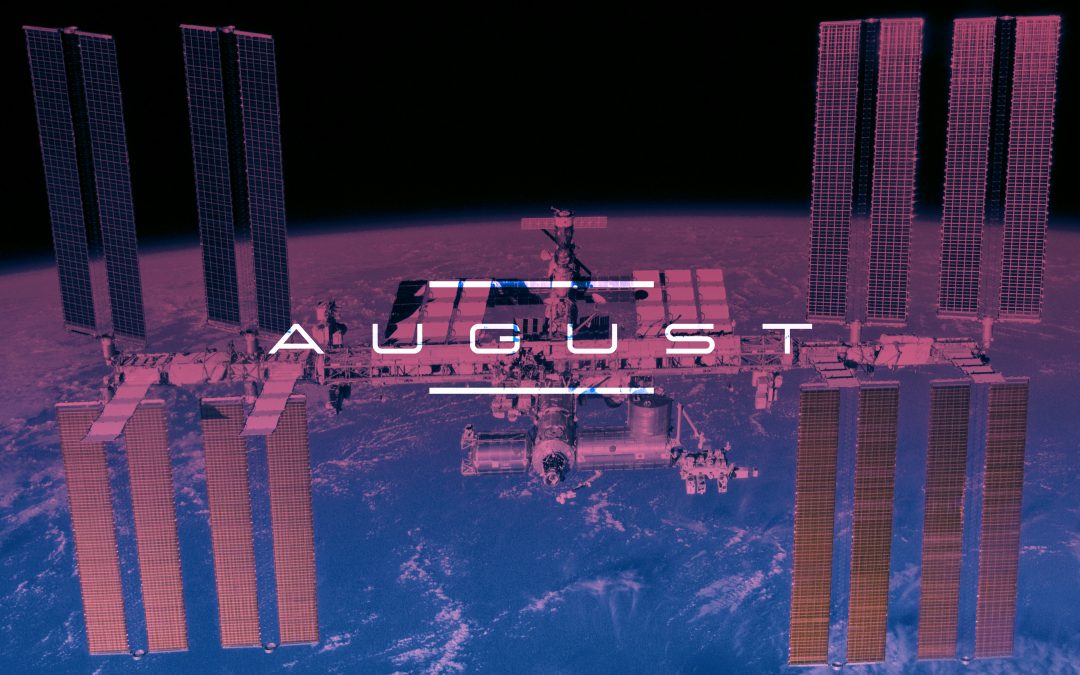 Despite concerns over COVID-19, this summer has been busy on the Space Coast. From SpaceX to NASA, rocket launches have been more plentiful than ever! Let’s recap what happened in August from around the galaxy.

On August 21, SpaceX’s most-flown Falcon 9 rocket booster returned to Port Canaveral after its mission to deliver the next batch of Starlink satellites into orbit. It was the rocket booster’s sixth mission into space. As the drone ship was parked in its slip, a small group of onlookers remarked about the battle-worn exterior of the veteran rocket booster.

Once white, the rocket booster is now covered in soot and scorched from its six trips into space. Because of added upgrades to the vehicle in 2018 including improved engines, a more durable interstage (a connector between the first and second stages), titanium grid fins, and a more robust thermal protection system, the Falcon 9 can fly multiple times with little-to-no refurbishments in between.

In 2020, SpaceX has launched 14 times, including two Starlink missions in August. The latest mission marked the 99th orbital launch attempt in SpaceX’s history and the 58th successful booster recovery.

Back in July, we witnessed the Mars Rover, Perseverance leave Port Canaveral towards the final frontier. Now, you can track Percy’s journey in real-time with NASA’s Eyes on the Solar System tool.

Percy and Mars Helicopter, Ingenuity will be trekking across space for the next sixth months before they reach Jezero Crater. With Eyes on the Solar System, you can follow their entire journey.

“Eyes on the Solar System visualizes the same trajectory data that the navigation team uses to plot Perseverance’s course to Mars,” said Fernando Abilleira, the Mars 2020 Mission Design, and Navigation Manager at NASA’s Jet Propulsion Laboratory in Southern California. “If you want to follow along with us on our journey, that’s the place to be.”