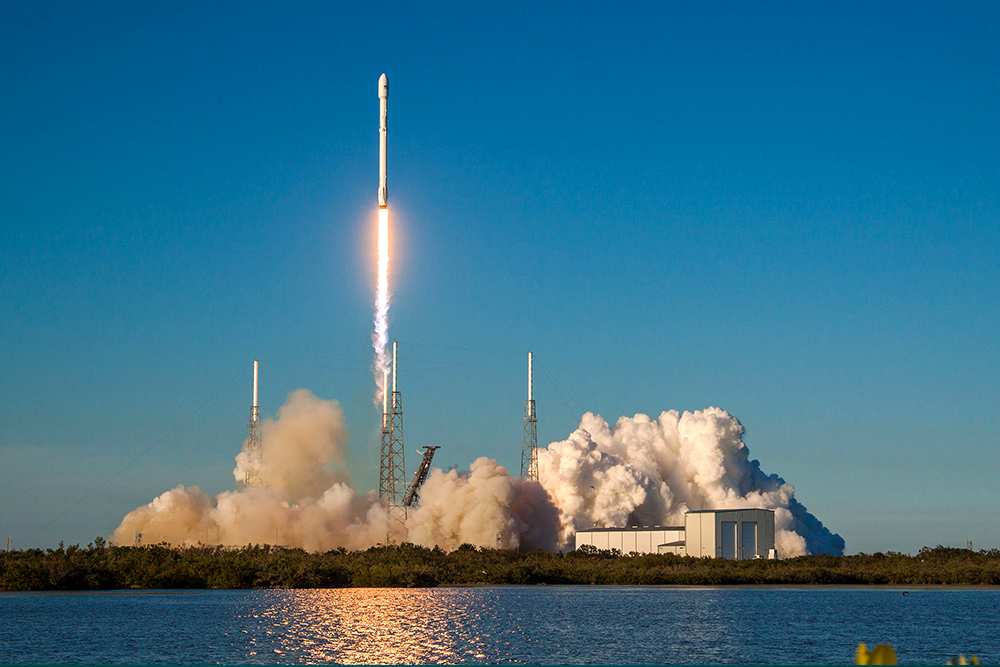 This Month in Space: April

Move over April, May is officially here! We’re one month closer to summer, one of the most exciting seasons in rocket launch news in 2019. But before we wave goodbye, let’s take a look back at this month’s most exciting space-related news and events.

NASA is moving forward with plans to launch a cargo version of a SpaceX Dragon spacecraft to the International Space Station next week as the investigation into an explosion of a Crew Dragon spacecraft continues. After experiencing an anomaly during static fire tests of its abort engines on April 20, the Dragon spacecraft seemed compromised. The incident produced a huge cloud visible for miles on the Space Coast and is expected to delay the Crew Dragon’s next test launch by several months. Because NASA proceeded with the cargo Dragon mission, the problem is thought to be isolated to the SuperDraco thrusters, which are not used on the cargo version of Dragon. 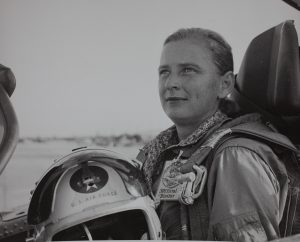 America’s first female astronaut candidate, pilot Jerrie Cobb, died in Cape Canaveral, Florida at age 88. Cobb was the first woman to pass astronaut testing in 1961 and became a part of the Mercury 13 – a group of 13 women who passed the difficult physical testing required to be considered as an astronaut. In 1962, Cobb testified before a Congressional panel to plead for the right for women to be allowed to become NASA astronauts. Instead of granting her and the rest of the Mercury 13 admittance into the program, NASA made Cobb a consultant of the space agency. Cobb and other surviving members of the Mercury 13 attended the 1995 shuttle launch of Eileen Collins, NASA’s first female space pilot and later its first female space commander.

On April 11, SpaceX’s Falcon Heavy successfully launched its first operational mission, sticking a triple-rocket landing more than a year after its first mission catapulted a red Tesla and a dummy nicknamed Starman into space. The rocket lifted off from historic Pad 39A at NASA’s Kennedy Space Center. The rocket deployed Arabsat-6A, an advanced communication satellite that will provide internet to the Middle East, Africa, and parts of Europe. Following booster separation, Falcon Heavy’s two side boosters landed at SpaceX’s Landing Zones 1 and 2 (LZ-1 and LZ-2) at Cape Canaveral Air Force Station in Florida, and landed the third on the company’s drone ship.

First Ever Photo of a Black Hole is Captured 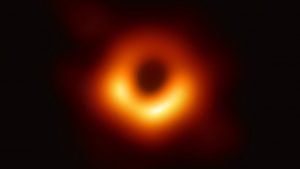 The first ever photo of a black hole was captured by a team of scientists at The Event Horizon Telescope Collaboration. The Event Horizon Telescope Collaboration, called EHT, is a global network of telescopes that captured the first-ever photograph of a black hole. More than 200 researchers were involved in the project. They have worked for more than a decade to capture this. “Once we were sure we had imaged the shadow…many of the features of the observed image match our theoretical understanding surprisingly well,” said Paul T.P. Ho, EHT Board member and director of the East Asian Observatory. “This makes us confident about the interpretation of our observations, including our estimation of the black hole’s mass.” This brings us one step closer to demystifying the phenomenons known as black holes.

The Lyrid meteor shower is an annual meteor shower that peaks around spring. This year it peaked on April 23 but has an activity range of around April 16 to 25. Many spectators were discouraged to watch because of high levels of light reflecting off the moon. The more light that obscures the sky, the harder it is to watch the amazing shower. The shower is usually highest in the hours right before dawn, no matter where you are on Earth.

Thanks to the scientists at aerospace giant Lockheed Martin, you can now purchase the bottled scent of deep space. The company launched the fragrance – dubbed “Vector” – on April 1. “The first time I opened the hatch to help spacewalkers back inside, I was blown away by the strong and unique odor they brought back,” said Antonelli, who leads Lockheed Martin’s Orion spacecraft mission planning, in a statement. The truly unique scent is said to feature a deep metallic base with a “subtle yet fiery undertone” that burns like vapor in the atmosphere. Watch the Vector origin story here:

There are more launches happening this spring! Download the Launch Console app to start planning your Space Coast trip today.