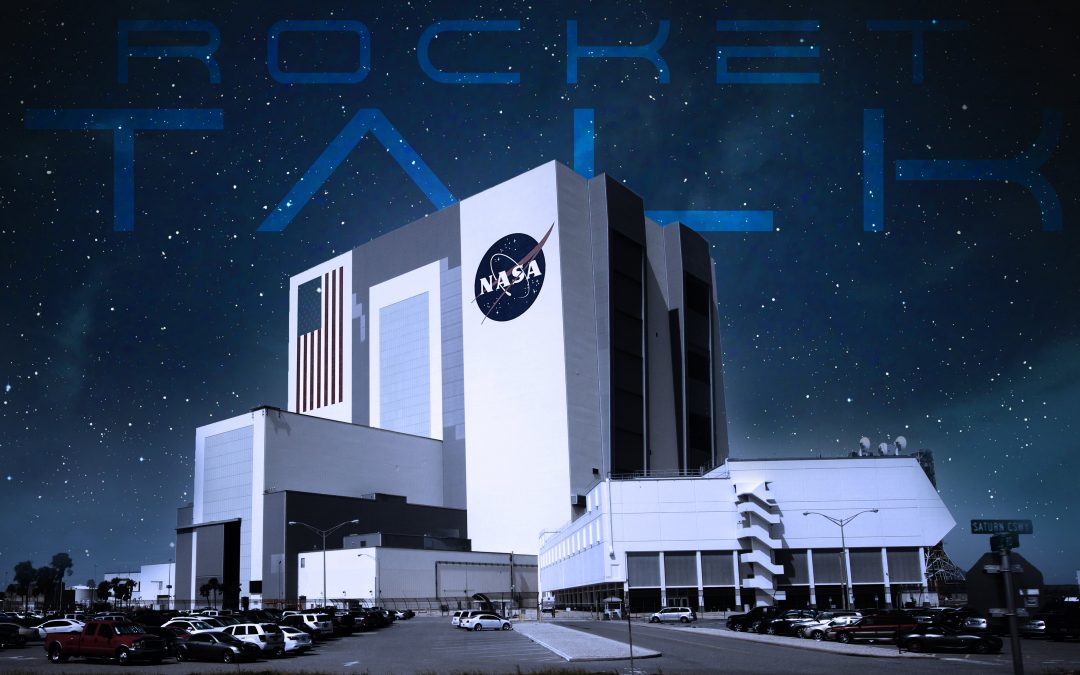 Rocket Talk: Building Rockets for the Future of Space Travel

Welcome to Rocket Talk, a talk show series where we discuss rockets, space exploration, and all that the space program has to offer. Every month we will air a new episode on our YouTube channel that dives into all of the cool, behind-the-scenes action that goes into rocket launches. Today, host Bernie Guenther sits down with guest host Jon Cowart on location at the iconic Vehicle Assembly Building (VAB) at Kennedy Space Center to discuss assembling rockets for future space exploration. The VAB is the largest one-story building in the world and it is the birthplace of every space vehicle assembled at Kennedy Space Center over the last 50 years. The VAB is 525 feet tall with cranes that can carry up to 325 tons and move them in increments of 1/64th of an inch in all directions. These are all necessary components that go into creating some of the most magnificent spaceflight crafts. We then switch gears over to our host Savannah Collins who goes into detail about just how big the space shuttles are that are built inside the VAB. Learn about the various components of the VAB and how, even though it was built 50 years ago, its high adaptability will allow it to house the next generation of rockets. We move onto Jeanna Wood who talks about the movies that have been filmed inside of the VAB and at Kennedy Space Center. Some of these movies include Apollo 13, Armageddon, Space Cowboys, Tomorrowland, The Martian, Transformers 3: Dark Side of the Moon, Contact, Space Camp, and First Man, just to name a few. Cowart and Guenther then discuss the commercial crew program and the future of American space travel. Cowart believes that the most groundbreaking International Space Station discoveries will happen when commercial space programs are marketable and safe enough to have scientists go up into space to do hands-on experiments. James McMullin takes us through a tour of Kennedy Space Center Visitor Complex while asking visitors what they know about the Space Shuttle Atlantis. Finally, we discover just what it takes to be a hero in the Heroes and Legends exhibit at the Kennedy Space Center Visitor Complex. Check out our third episode of Rocket Talk below and make sure to subscribe to our YouTube channel for even more rockets! :44 – VAB 1:30 – VAB myth 2:10 – Stacking the shuttle 2:34 Savannah Collins on VAB facts 4:30 Parts of the VAB 6:10 Movies filmed at the VAB/Kennedy Space Center 9:30 Future of American space travel 12:15: Atlantis Shuttle knowledge check 15:00 Heroes and Legends exhibit