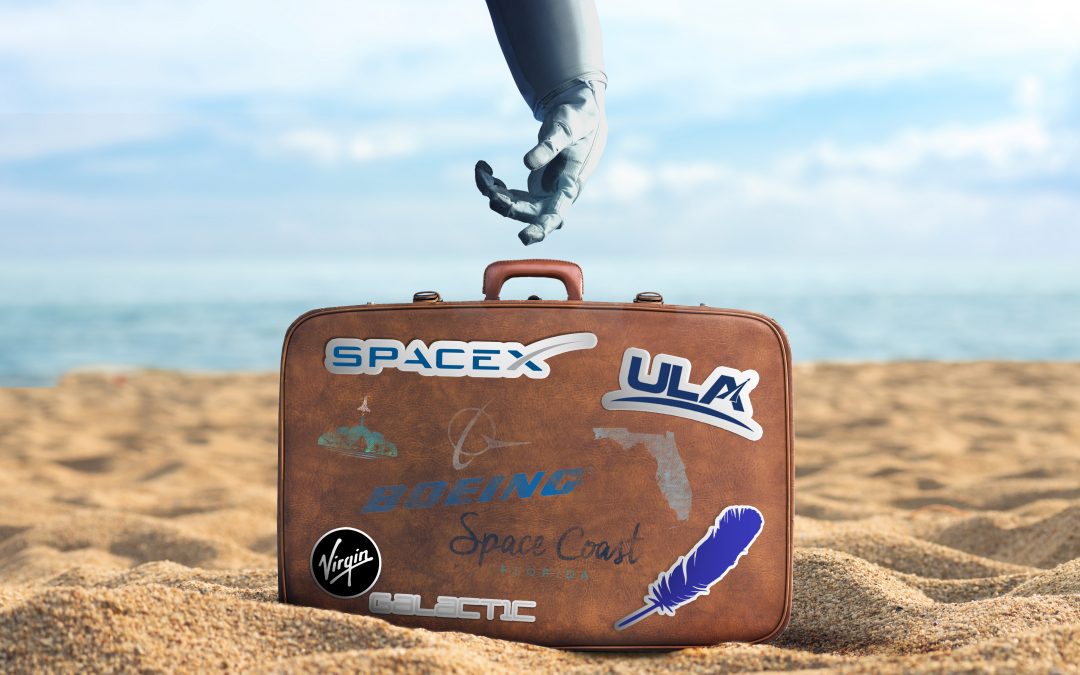 Not Just NASA: A Look at Other Space Companies on Florida’s Space Coast

A new decade has blasted off and Florida’s Space Coast will be busy as ever due to the multitude of private space exploration companies vying to discover more of the final frontier. So who are the big players in this game and what makes each of them unique? Here’s a quick guide on the names making waves on the Space Coast.

Elon Musk’s SpaceX continues to be a powerful force on Florida’s Space Coast. The California-based company kicked off its 2020 launch schedule on January 7 with a Falcon 9 launch deploying 60 Starlink satellites into orbit. This will be one out of approximately 24 launches on top of their existing contracted missions for 2020. Space Exploration Technologies Corp a.k.a. SpaceX uses three orbital launch sites: Launch Complex 39A at Kennedy Space Center, Space Launch Complex 40 at Cape Canaveral Air Force Station and Space Launch Complex 4E at  Vandenberg Air Force Base in California. Their main vehicles include the Dragon Capsule,  Falcon 9 Full Thrust, and Falcon Heavy rockets.

United Launch Alliance a.k.a. ULA was formed as a joint venture between Lockheed Martin Space Systems and Boeing Defense, Space & Security in 2006. Known for its Atlas V and Delta IV rockets, ULA launches these vehicles at Cape Canaveral Air Force Station on Florida’s Space Coast and Vandenberg Air Force Base. On the Space Coast, Atlas V launches from SLC-41 and Delta IV Heavy launches from SLC-37. The first ULA launch of 2020 is targeted for February 5 when an Atlas V rocket will launch the Solar Orbiter mission. This decade is set to be busy for ULA. In 2021 they plan to debut its latest heavy-lift vehicle the Vulcan.

The 116-year-old company announced that it will be moving its Space and Launch division to Titusville back in June 2019. Boeing and SpaceX are both vying to become the first company to launch astronauts from the Space Coast in more than eight years. It doesn’t matter if you view an Atlas V, Falcon 9, Starliner, or another launch, nothing can match the excitement of getting up close to the power of a rocket launch on the Space Coast. For the latest information on Space Coast launches, download the Launch Console app on the iTunes Store or the Google Play Store.