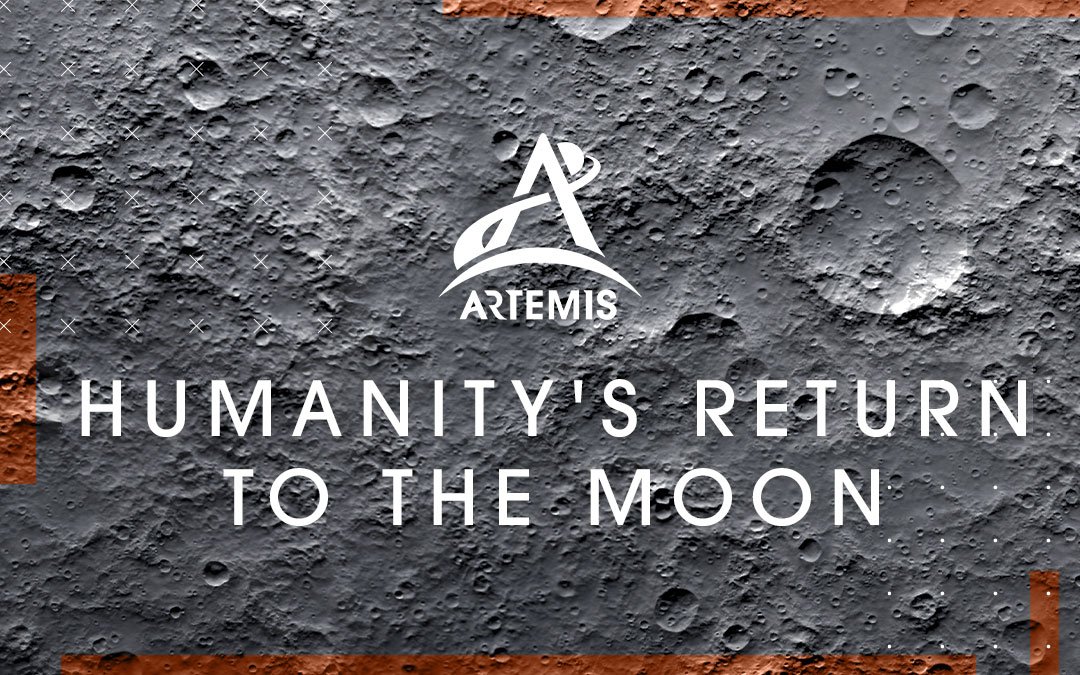 Mission Overview: All About Artemis

So, why haven’t we been back?

After Apollo 17, public interest in space exploration declined, and the focus of the world was on the Vietnam War. It’s been almost 50 years since the nine crewed Apollo missions, and with the announcement of the Artemis mission, Moon exploration and research will finally continue in November 2021.

What Will Artemis Do?

The goal of a long-term human presence on the Moon has been in place for decades. One of Artemis’s main missions is to lay the foundation for further Moon exploration and human settlement.

Long has human sight looked to Mars as a possible spot for human colonization, but before we can make that massive 140 million mile leap, we have to prove that the processes we have in place will work, and the best place to try it out is on the Moon. The hypothesis is that whatever we want to do on Mars, we first have to be able to accomplish successfully in our backyard.

How Will Astronauts Travel on Artemis?

Projected for 2024, the four astronauts assigned to the Artemis III mission, will travel to the moon on the ORION crew capsule. ORION will be situated on top of the world’s most powerful rocket, the Space Launch System (SLS). The goal: land a lunar module on the Moon’s south pole.

After launch, the astronauts will travel the 240,000 miles to lunar orbit, where they will directly board one of the new commercially funded human landing systems, or dock to the Gateway lunar station in orbit around the Moon to gather supplies and check systems before continuing to the Moon’s surface.

Unlike the Apollo missions, where astronauts had to bring everything they needed, including the lunar landing module, with them, the Artemis III mission will be “pre-staged” with everything the astronauts will need to complete their mission, brought to the moon by commercial and international partnerships.

What Will Astronauts Do on the Moon?

While they’re on the surface of the Moon, the astronauts will have multiple tasks to complete before returning to Earth. They’ll collect samples from the Moon, and conduct several science experiments over the course of their seven-day mission. Once the mission is complete, they’ll return to lunar orbit before reboarding ORION and heading back to Earth.

The Gateway outpost will evolve over the crewed Artemis missions, adding modules from international space agency partners, and allowing ever longer Moon missions as research and exploration continues.

Another important part of the Artemis mission is to build the infrastructure for an Artemis Base Camp on the moon, which would include rovers, power systems, habitats and more. Throughout the program, both robots and humans will look for resources that can be converted into essential, live-giving resources like oxygen and fuel.

What’s the timeline for Artemis missions?

The Artemis program is projected to launch its first unmanned test flight in late 2021, with Artemis I. The mission will test the systems of the ORION spacecraft and the SLS rocket. During Artemis I, the spacecraft will fly farther than any spacecraft built for humans has ever flown before, traveling 280,000 miles from Earth over a three-week mission.

Artemis II, which is the first scheduled crewed mission for the ORION spacecraft, is projected for 2023. The missions will be a lunar fly-by test, building on the learnings from the Artemis I mission. The astronauts will then return to Earth, where NASA team members will implement their findings before launching the landing mission.

One year later, in 2024, the astronauts will again return to the ORION spacecraft and be launched into space to perform the first lunar landing in more than 50 years.