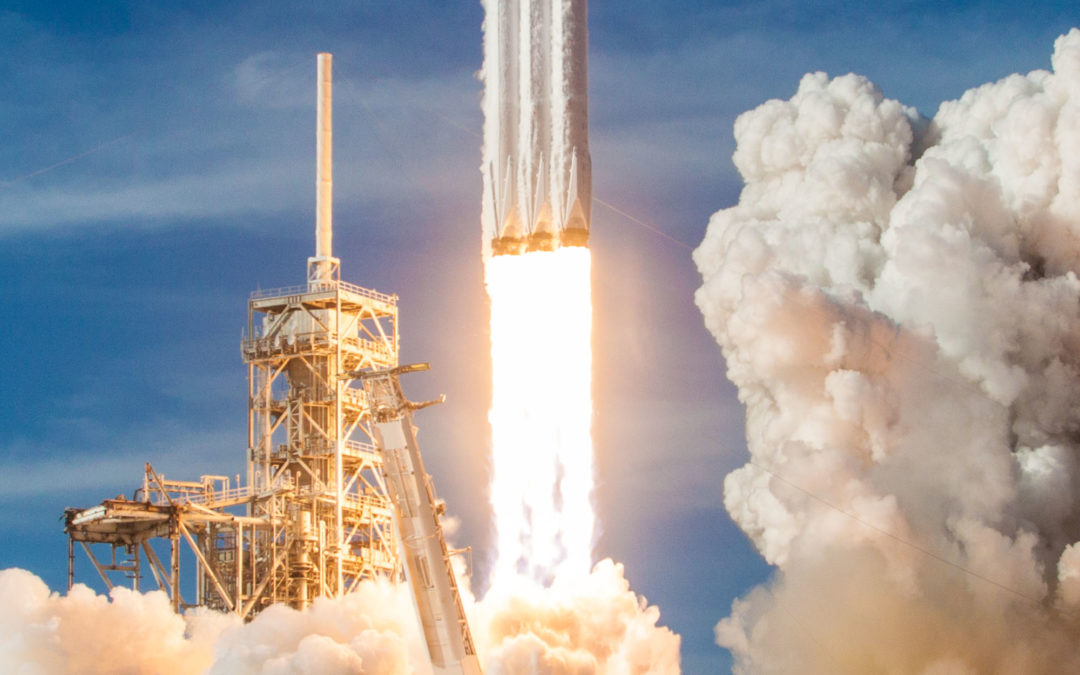 January: This Month in Space

January has held a number of exciting discoveries, breathtaking launches and groundbreaking achievements â€“ and we’re here to share them with you. Take a look at some of this month’s space exploration headlines:

On January 19, United Launch Alliance Atlas V rocket launched the new missile-warning satellite from Cape Canaveral Air Force Station. After a one-day delay due to an issue related to the rocket’s liquid-oxygen system, the Atlas V lit up the Florida night sky at 7:48 p.m. EDT. The rocket’s payload was a Space Based Infrared System (SBIRS), the fourth in a series of missile detection satellites deployed by the U.S. Air Force. The series of satellites are designed to use advanced scanners and infrared detectors to track launches of ballistic missiles.

After facing numerous delays over the last few years, SpaceX’s Falcon Heavy is standing tall at launch pad 39A out at Cape Canaveral. And, on January 24th, SpaceX performed a crucial static fire test of their heavy-lift launch vehicle, inching closer to its maiden voyage. Although no official launch date has been set and could continue to be pushed back, the rocket’s first passenger, Musk’s own cherry red Tesla roadster, is already on board.

A 9.4-ton space station is going to crash into Earth

This headline may sound startling, but trust us, there’s really no need to panic. The Chinese-built space station Tiangong-1 is predicted to re-enter our atmosphere around March, according to reports by the Aerospace Corporation. However, their analysis found that he odds of the 9.4-ton unmanned station crashing into a person on the ground is â€œabout one million times smaller than the odds of winning the Powerball jackpot.â€ That’s because it will likely be burnt and broken up by Earth’s atmosphere upon re-entry.

A SpaceX Dragon cargo ship separated from the International Space Station (ISS) and returned to Earth on Saturday, January 13, wrapping up a nearly month-long delivery mission for NASA.The Dragon cargo ship delivered 4,800 pounds of supplies and gear for astronauts. And, in addition to the delivery, the mission marked a milestone for SpaceX’s rocket reusability program. Both the Dragon capsule and its Falcon 9 booster made their second trips to space on this flight.

Do you have what it takes to survive life on Mars? Put your skills to the test at the all-new Astronaut Training Experience Center – the newest attraction at Kennedy Space Center Visitor complex. The Astronaut Training Experience along with its companion program, Mars Base 1, provides a completely unique opportunity to discover what it’s like to train, live and work on the Red Planet. From feeling the sensation of performing a spacewalk in microgravity to learning how to survive the harsh conditions of Mars, our immersive simulation technology provides an experience you won’t find anywhere else on Earth. Space is limited, so reserve your spot today! Looking to expand your space travel knowledge even further? Click here to read all about the incredible launch vehicles you can see lifting off out of Cape Canaveral!