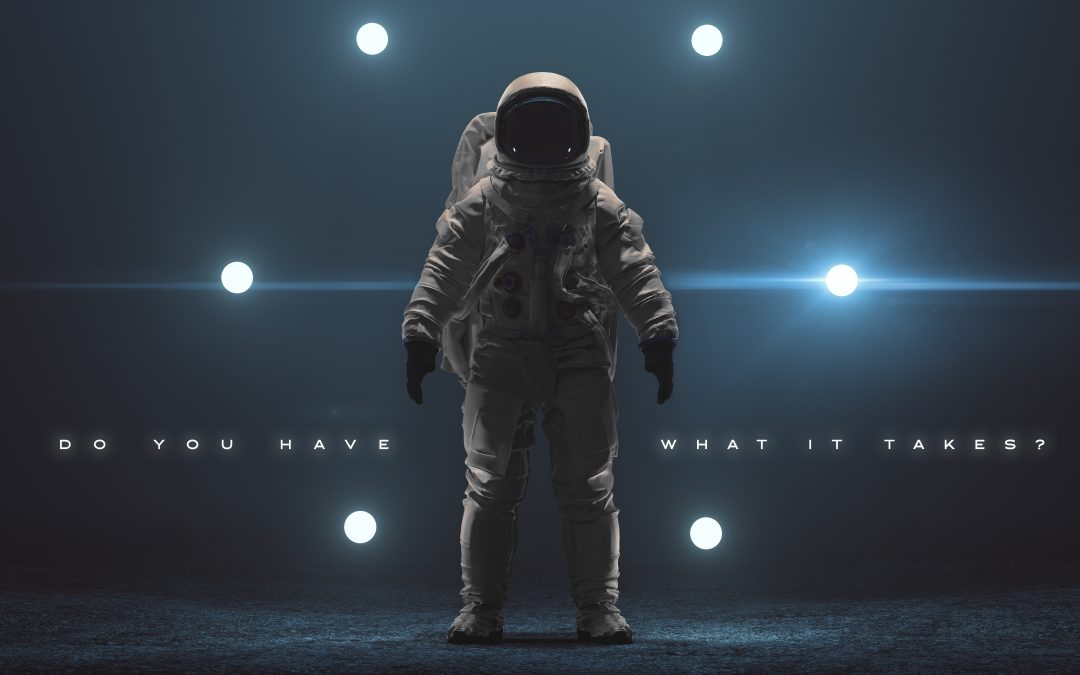 Do you have what it takes to become an astronaut?

A lot of children growing up have fantasies of becoming an astronaut. In 2017, more than 18,300 people applied to NASA for its astronaut training program. According to an article published by The Verge, for the 2017 class, applicants had between a 0.04 percent and 0.08 percent chance of getting selected to go to the next round. Sure the chances are slim, but that shouldn’t stop you from shooting your shot. So do you have what it takes to become an astronaut?

Before you start working on your resume, NASA does have more than a few requirements to be considered for its astronaut program. First, you need to be a United States citizen. From there, things get more detailed and specialized.

What Schooling Do You Need to Become an Astronaut?

NASA requires having a master’s degree in a STEM field (Engineering, Biological Science, Physical Science, Computer Science or Mathematics). Generally speaking, a master’s program takes roughly 2 years to complete after receiving a bachelor’s degree. Also, the master’s degree requirement can be met with two years of work toward a doctorate program in a STEM field; completed medical doctor degree or doctorate of osteopathic medicine; or completion of a test pilot school program.

The Sky is the Limit

So, you have the degrees to back up your astronaut dreams. Now, you’ll need the wings. In addition to a Postgraduate degree in a STEM field, NASA requires at least 1,000 hours of pilot-in-command time in a jet aircraft.

Having experience flying goes back to the beginning of the space program in 1959. The first astronauts were military personnel who had experience flying jets and had backgrounds in engineering. They also had to be shorter than 5 feet 11 inches—to fit in the Mercury spacecraft. While there’s still a height requirement (4 feet 10.5 inches to 6 feet 4 inches), it’s not as restrictive as it once was.

NASA’s Astronaut Selection Board reviews the applications, this process can take over a year. The board then invites a small group of the most highly qualified candidates for interviews at NASA’s Johnson Space Center in Houston, Texas. Candidates must then complete a rigorous physical test. Then, more cuts are made. From there, those chosen spend the next two years learning basic astronaut skills like spacewalking, operating the space station, flying T-38 jet planes, and controlling a robotic arm.

Even if you have the basic requirements down, that doesn’t mean you’re a shoo-in. Most individuals have extensive and impressive resumes that include scuba diving, wilderness experience, leadership experience, and can speak multiple languages. NASA requires every astronaut to be able to have proficiency in Russian.

Reach for the Stars

Although it’s a difficult journey to become a member of an elite group of individuals who explore the final frontier, do not give up on your dreams. All you have to do is apply.

When the new enrollment period opened up, Steve Koerner, NASA’s director of flight operations and chair of the Astronaut Selection Board at NASA’s Johnson Space Center in Houston stated,