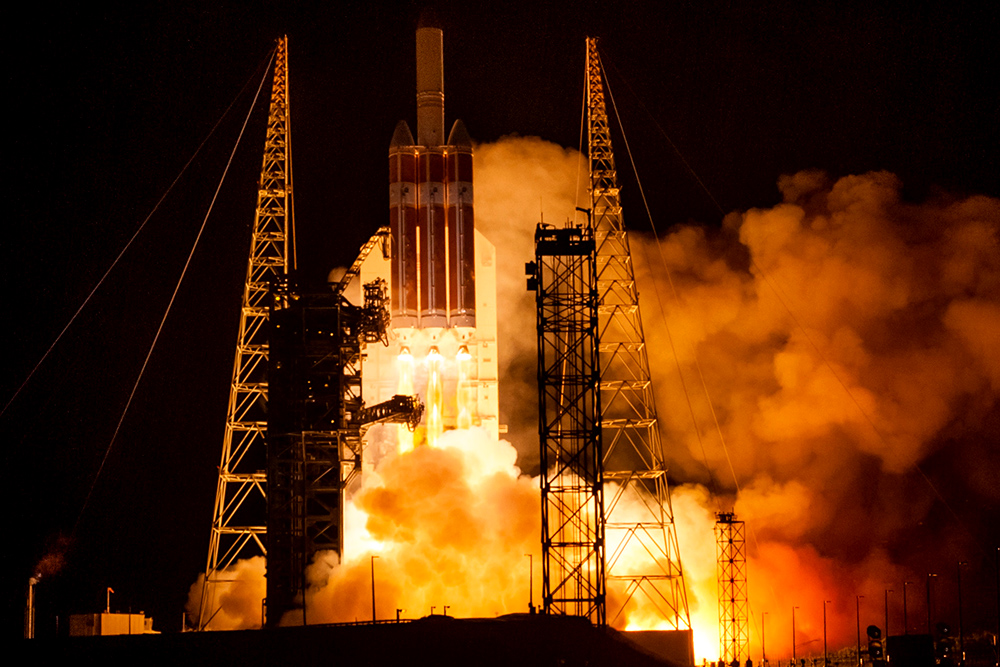 FAQ: Do Astronauts Fly on Rockets From Florida’s Space Coast?

The future of human spaceflight from Florida’s Space Coast has been a topic of speculation since the Space Shuttle program came to an end in 2011.

Since the program launched their last crew aboard the Atlantis shuttle, U.S. astronauts have been piggybacking rides to the International Space Station off the Russian Soyuz spacecrafts to the tune of $80 million per seat.

Although private spaceflight companies such Boeing, SpaceX, and ULA have launched unmanned flights into orbit, NASA’s goal is to launch a crewed flight from Florida’s Space Coast sometime in 2019.

The most significant leap into this new era of American spaceflight came August 3 when NASA announced the first class of astronauts under its Commercial Crew Program – a unique public-private partnership developed to send astronauts to the International Space Station.

A crew of nine astronauts from both SpaceX and Boeing are set to be the first group of people launched into space from American soil since 2011. They are Eric Boe, Christopher J. Ferguson, Nicole Mann, Bob Behnken, Doug Hurley, Josh Cassada, Suni Williams, Mike Hopkins, and Victor Glover.

All of the astronauts chosen by NASA have previous experience flying either in orbit or through being test pilots for the military. Each astronaut has expressed feelings of being deeply humbled and excited to be a part of spearheading this American spaceflight frontier.

Both Boeing and SpaceX had plans to launch crewed test flights from the Space Coast in November of 2018, but both companies have run into technical issues. Boeing discovered a fuel leak in its CST-100 Starliner while SpaceX experienced a launchpad explosion of an uncrewed Falcon 9 rocket in 2016.

After each company successfully completes their crewed test flights, they can begin the process to gain certifications in order to fly to the International Space Station.

Both companies are hoping to complete their test flights by late 2018 to early 2019, leaving their ISS launches to be scheduled for mid-2019.

Because NASA’s contract with the Russian space program is set to expire in November of 2019, the race is on to have these spacecrafts ready for launch before then so as not to run the risk of being unable to reach the ISS temporarily.

But this is just the start for private spaceflight companies.

Companies such as Blue Origin and Virgin Galactic are looking compete with Boeing and SpaceX to capitalize on the future of space tourism out of Florida’s Space Coast. Although these test flights have yet to be scheduled and have a launch trajectory for the somewhat distant future, 700 people have already put down deposits for Virgin Galactic’s first tourist flight.

With so many companies competing to make space tourism happen, it’s becoming more of a question of when it’ll happen rather than if it will happen.

Want to stay up to date with rocket launch dates? Download our Launch Console App today!