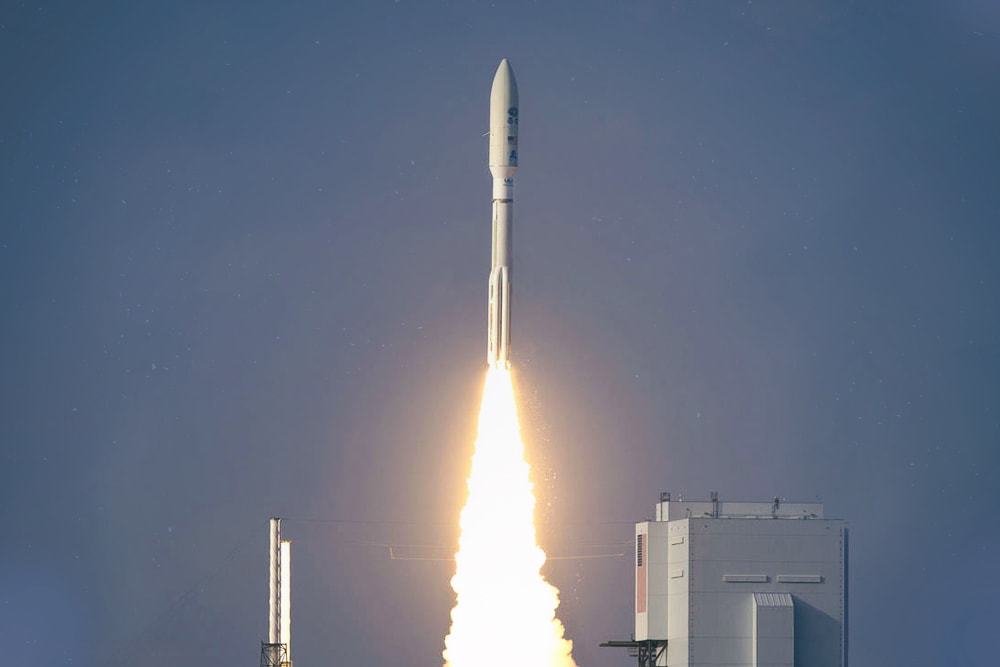 There is a common misconception that all of the rockets launched from Cape Canaveral launch pads were solely created by SpaceX; the rocket company behind the Falcon 9, founded by entrepreneur and engineer Elon Musk.

Once a venture reserved solely for international governments, the race for space exploration has taken a giant leap into the private sector since the discontinuation of the NASA Space Shuttle Program in 2011. The latest competitive endeavor is the race to be the first corporation to successfully launch commercial flights holding not only astronauts into space, but eventually paying customers interested in space tourism as well.

Although SpaceX may have become the most high-profile rocket company in the U.S. after launching the most powerful rocket to date, it is not the only private company in the rocket-launching playing field.

SpaceX is the notorious commercial rocket company founded by Elon Musk in 2002. Although SpaceX has made headlines time and time again for delivering payloads to space at a fraction of the price of their competitors, they became infamous when they launched the Falcon 9 out of Cape Canaveral in 2012.

The Falcon 9 is the first orbital rocket capable of being reused for multiple missions, which severely cuts down the cost of space missions. The Falcon 9 is also the first commercial rocket to ever visit the International Space Station.

SpaceX’s ultimate ambition is to eventually have humans colonize Mars, but for now they are focusing on successfully launching human astronauts to the moon sometime in 2018.

United Launch Alliance, or ULA for short, is a joint venture between Lockheed Martin and Boeing, two engineering and technology companies based out of Central Florida.

The two companies joined forces to create the ULA in the hopes to become NASA and the U.S. Defense Department’s go-to payload carrier. Like SpaceX, the ULA also launches from Cape Canaveral. They held a monopoly over government-related launches for over a decade until 2016 when SpaceX was awarded a launch contract by the U.S. Air Force. Â

ULA and SpaceX are currently the two biggest competitors for payload missions to the International Space Station and the eventual launch of human astronauts to the moon.

Orbital ATK was founded in 2015 after the merger of Orbital Sciences Corporation and Alliant Techsystems. Orbital ATK created the Pegasus XL in 1997 to carry small satellites into low Earth orbit and it still remains active, with its latest launch taking place in 2017.

Blue Origin was founded in 2000 by e-commerce entrepreneur and founder of Amazon, Jeff Bezos. Because NASA and the U.S. Defense Department chose SpaceX and ULA to hold the current contracts for the payload rockets being launched, Blue Origin decided that their best course of action would be to target the commercial flight aspect of the private rocket market.

They are actively trying to develop flights that will take space tourism customers into space to experience weightlessness.

Blue Origin finished a launch complex in Cape Canaveral in 2015 and is expected to launch from this complex sometime earlier than 2020.

Virgin Galactic does rocket launches a little differently â€“ instead of launching from a launchpad like the previous private companies mentioned, Virgin Galactic launches their spacecraft from beneath a carrier plane called the White Knight Two.

Although Virgin Galactic launches their spacecrafts from the Mojave Desert in California, they pose as one of the main competitors to the companies launching from Florida’s Space Coast. Â

Virgin Galactic hoped to have commercial flights with tourist passengers flying out starting in 2009; however, due to the malfunction and loss of their spacecraft, they were forced to delay operations.

Once Virgin Galactic perfects their rockets, they hope to fly paying passengers out to space for at least 6 minutes of weightlessnessâ€“ costing an easy $200,000 per customer per flight.

Want to catch all of these stellar rocket companies in action? Download our official Launch Console appÂ to keep up with upcoming launches and to watch live footage of every launch!